In some people’s interpretation of religious morality, kids have to get fucked one way or the other.

Four men, including a rabbi, were indicted on Tuesday on charges they stole millions of dollars from a taxpayer-funded preschool for disabled kids.

Rabbi Samuel Hiller, Ira Kurman, Roy Hoffman and Daniel Laniado from the Island Child Development Center (ICDC) were busted for allegedly siphoning off $12.4 million of the institution’s $27 million state-funded budget between 2005 and 2012, using the money for themselves and for other business interests. 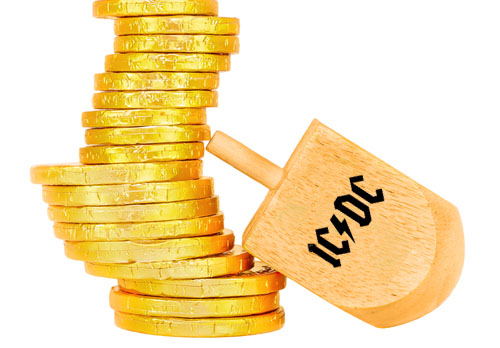 “The public funds provided to [ICDC] were earmarked for special needs pre-schoolers with disabilities but instead were allegedly used by the defendants for their own purposes,” said Queens DA Richard A. Brown.

State Comptroller Thomas DiNapoli commented that the fraud demonstrated “a brazen disregard for common decency and the law.”

Not only were government funds stolen but thousands of special needs children, who have no way to fight back, have had their services denied in a cynical, cruel manner.

Hiller, the rabbi, appears to be the biggest thief of the quartet. He allegedly diverted millions to summer camps and to a private girls’ school where he is the principal (none are affiliated with ICDC), but he also wasn’t above pilfering $30,000 to pay for a plumbing job at his Queens home.

Prosecutors say that the other defendants used stolen money to pay for weddings, bar mitzvahs, and home remodeling.

The four are charged with grand larceny, identity theft, and falsifying business records.

The blog Failed Messiah has more.

May 14, 2014
My Christian Education Curriculum Taught Me Not to Befriend Atheists
Next Post

May 14, 2014 By Far the Best Response to Russian Church Leaders Condemning Bearded Drag Singer Conchita Wurst
"Of course! Don’t be silly. It’s the clitoris and female orgasm that don’t exist."
DrVanNostrand Angry Christian Mom Boycotts Phexxi Birth ..."
"New Zealanders are much more modest. The worst thing like this I can think of ..."
guerillasurgeon Italian Priest Allegedly Stole $117,000 from ..."
"But will she be buried in her clown outfit or her trumpanista uniform?"
InDogITrust Oklahoma Minister Arrested for Touching a ..."
"anyone who claims to work on behalf of a god is automatically less trustworthy because ..."
InDogITrust Oklahoma Minister Arrested for Touching a ..."
Browse Our Archives
What Are Your Thoughts?leave a comment