Last month, two members of Secular Pro-Life (Ellen and Monica) attended a training session run by Christian anti-abortion group Justice For All. You can read their writeups on the event, but it might be more interesting to hear the exchange in the video below, moderated by JFA’s Josh Brahm: 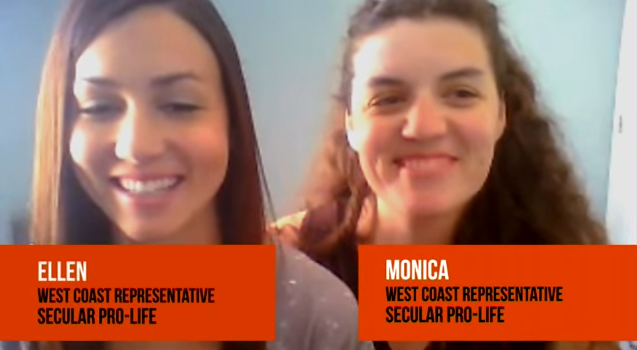 What’s fascinating to me in this video isn’t the debate over abortion (that’s a separate issue) but with how two atheists function in an environment that’s almost entirely Christian in nature. Are they accepted by the group? Were the arguments presented at the training primarily religious in nature? Did the Christians in attendance preach at them for being heathens?

The women talk about being atheists at the Christian gathering around the 14:20 mark.

I haven’t had a chance to watch the full video, but if any moments stand out to you, please leave a timestamp/summary in the comments.

May 13, 2014
College Atheists Push Back Against Hateful Christian Preacher in Very Clever Ways
Next Post