Sex-Crazed, Decadent Ruler of Brunei Imposes Sharia Law… But (Surprise!) Shows No Signs of Obeying It Himself May 13, 2014 Terry Firma

Sex-Crazed, Decadent Ruler of Brunei Imposes Sharia Law… But (Surprise!) Shows No Signs of Obeying It Himself 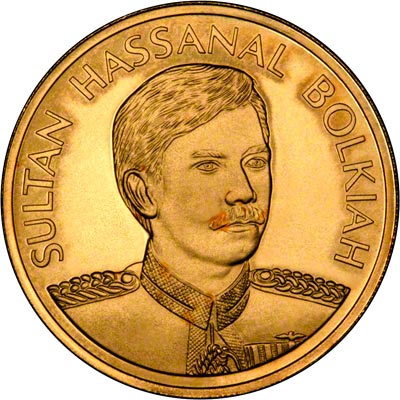 That means that Brunei’s 415,000 citizens can now be fined, jailed, flogged, or disfigured for any of the following crimes (and then some):

[A]bsence from Friday prayer services; becoming pregnant out of wedlock; wearing indecent clothing, and for women, refusal to wear a hijab; employing a non-Muslim baby sitter; the use of the word “Allah” by Christians and the discussion of faith by any non-Muslims; publicly eating or drinking during Ramadan; theft; homosexuality; and adultery.

Criticism of the government is also illegal. Sounds like a regular paradise.

Of course, none of the moralistic prohibitions apply to the royal family itself, a dynasty of decadence that, over the past 30 years, has lurched from scandal to scandal.

Tiny Brunei, roughly the size of Delaware, gained independence from Great Britain in 1984, and just three years later, the Sultan

… was the richest man in the world, worth $40 billion.

Among his worldly possessions:

Seventeen private jets, thousands of luxury cars, what one diamond dealer called “a Smithsonian” of major jewels, and a trove of art masterpieces, including a Renoir for a record $70 million.

Despite the Sharia announcement, it remains to be seen how pious the Sultan himself really is. Vanity Fair called him and his brother “constant companions in hedonism.”

They raced their Ferraris through the streets of Bandar Seri Begawan, the capital, at midnight, sailed the oceans on their fleet of yachts (Jefri named one of his Tits, its tenders Nipple 1 and Nipple 2), and imported planeloads of polo ponies and Argentinean players to indulge their love for that game, which they sometimes played with Prince Charles. …

[T]he sultan erected a 1,788-room palace on 49 acres, “which is without equal in the world for offensive and ugly display,” in the words of one British magnate, and celebrated his 50th birthday with a blowout featuring a concert by Michael Jackson, who was reportedly paid $17 million, in a stadium built for the occasion.

The brothers routinely traveled with 100-member entourages and emptied entire inventories of stores such as Armani and Versace, buying 100 suits of the same color at a time. When they partied, they indulged in just about everything forbidden in a Muslim country. Afforded four wives by Islamic law, they left their multiple spouses and scores of children in their palaces while they allegedly sent emissaries to comb the globe for the sexiest women they could find in order to create a harem the likes of which the world had never known.

Those women, some of whom were apparently told that they would be modeling or having “conversations” or “tea” with dignitaries, soon found out what was really expected of them. One sex recruit, who ultimately sued Jefri, said an aide to the prince tried to impress upon her that

“It would be the biggest honor of my life if I was permitted to sleep with Jefri, because he is half-man, half-god, like Jesus Christ to the Christians.”

Like plenty of others, writer Reza Aslan, who keeps an eye on religion, is puzzled by Brunei’s implementation of Sharia. Why Sharia, and why now? Says Aslan,

“This is obviously not coming from a place of religious devotion, since the Sultan himself is in violation of every single rule of Sharia law you could possibly imagine.”

In the New York Post, Aslan raises a valid point against the Hollywood-celebrity boycott of Brunei (featuring Jay Leno and Ellen Degeneres).

“What the Sultan is supporting for his tiny island nation is what Saudi Arabia — one of our closest allies — has been doing for decades. Is Saudi Arabia at all paying for their human-rights violations? Of course not.”

Sure, but protesting evil and hypocrisy is no zero-sum game. The boycott may be ill-conceived (it’s much more likely to affect average workers than it will the Sultan and his family), but the Bolkiahs will hardly welcome the bad publicity for Brunei. Maybe the international resentment and the bad press will eventually engulf Saudi Arabia too? Here’s hoping.

May 13, 2014
Pat Robertson: "You Have to be Deaf, Dumb, and Blind" to be a Young Earth Creationist
Next Post