***Update***: The Secular Student Alliance has the materials you need to run Campus Preacher Bingo at your own school!

Brother Jed Smock, the notorious campus preacher who spouts fire and brimstone wherever he goes, made a visit to Boise State University in Idaho this week — and the campus’ Secular Student Alliance was ready for him. 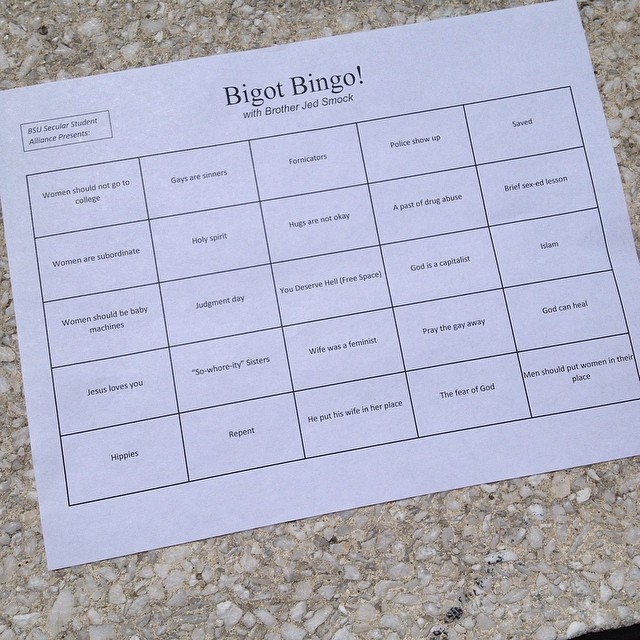 They had a board where students could check whether they considered Smock’s diatribe hate speech or not: 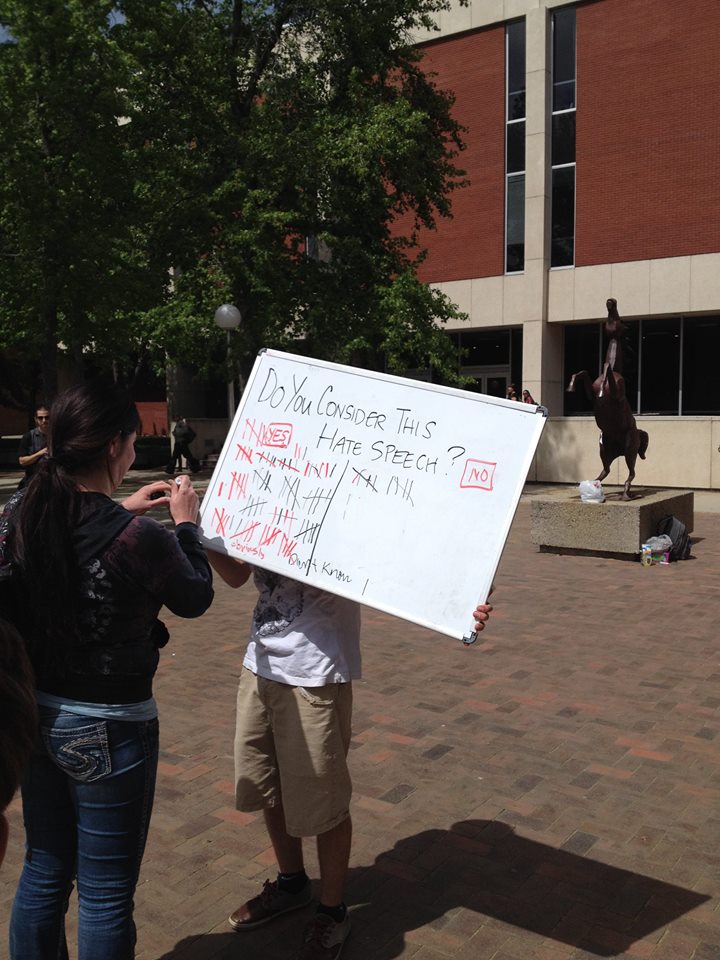 The took video of one of the preachers, Jim Lewis, calling a gay student a “pervert,” “fag,” and “cocksucker”:

And the group’s leader Jake Wolford even out-preached Smock with his Religion of the Shoe:

Jake Wolford, president of Secular Student Alliance, first came up with the religion of the shoe: he was attempting to save people’s “soles” and “heels” them from their sin.

Wolford created his “religion” as a response to the religious bigotry being shouted in the Quad throughout dead week.

“We were both preaching nonsense, but only one of us was aware of it,” Wolford said.

Fantastic. By the way, the Arbiter has another great picture on their site you should check out — and they get bonus points for including this statement:

“It’s like they’re giving me a free pass to go H.A.M.,” Wolford said. “Anything I do won’t look as idiotic compared to them.”

Some people may not like the way the group responded, but they were just giving Smock a taste of his own medicine. A hate-preacher’s own words were being used against him in the most positive of ways. I think other secular student groups would be wise to take a page from Boise State’s book here and remember what they did for when a preacher visits their own campuses.