A new video has emerged from Nigeria showing, for the first time, many of the survivors of the Boko Haram kidnappers. The girls’ captors appear to have converted them to Islam. 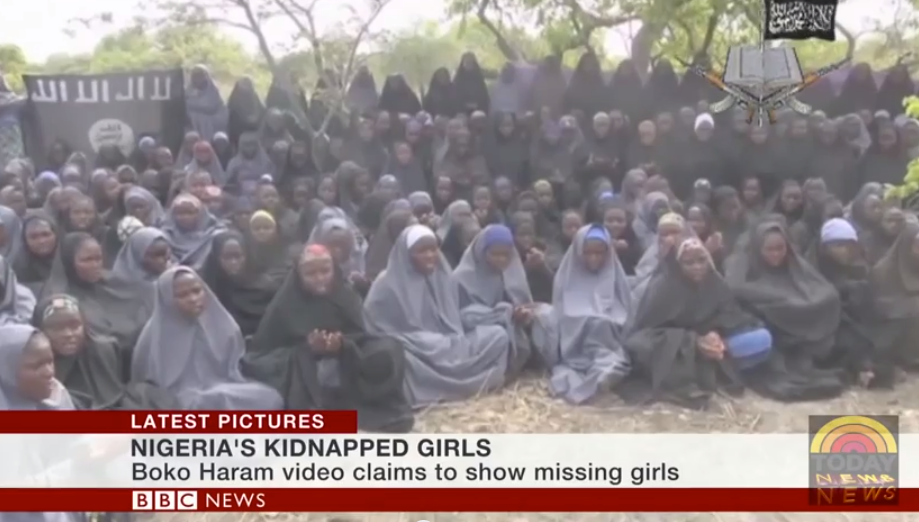 In the video, — first obtained by Agence France-Presse — some of the teen girls appear fearful and others in shock as two are called to the front and questioned in front of the camera.

“Why have you become a Muslim?” a man asked one of the girls, who were all wearing full-length, black or grey hijabs.

“The reason why I became a Muslim is because the path we are on is not the right path,” the girl said nervously, her eyes darting to the side. “We should enter the right path so that Allah will be happy with us.”

The Islamist gangsters say they are willing to trade the girls for jailed terrorists, an offer the Nigerian government has officially rejected.

Experts think the video was probably recorded in the Sambisa Forest, about 20 miles from Chibok, the town where the mass kidnapping occurred almost a month ago.