Gracie Holtzclaw, a South Carolina high school student, was given a spot in the Greenville County Schools Art Exhibition, but that opportunity was revoked when district officials said her piece and its title were too “inappropriate.”

The piece, called “Rape Culture,” featured a tattooed woman with a black bar covering her nipples: 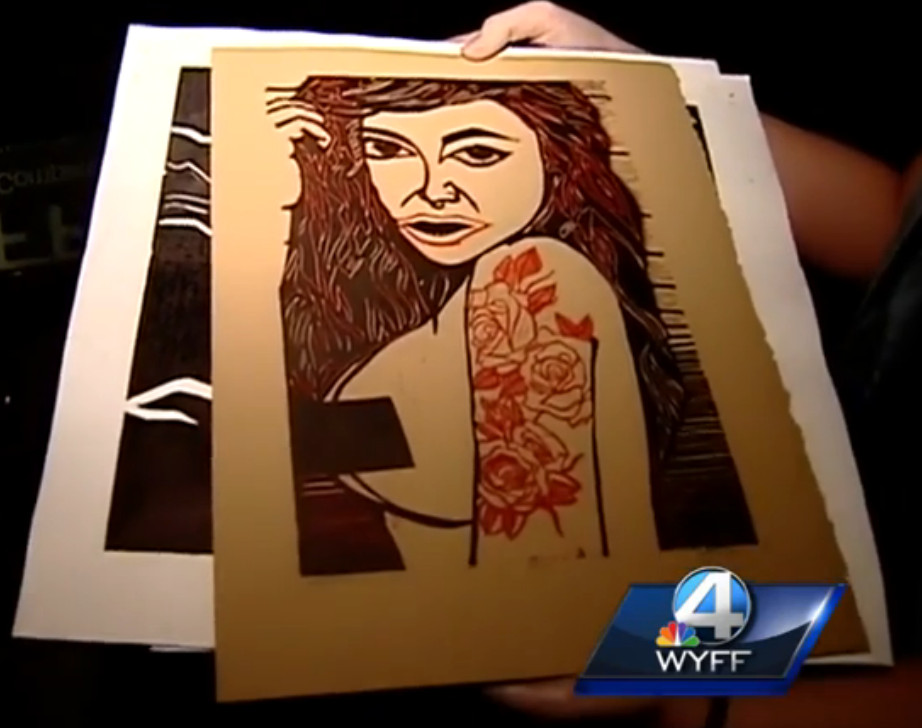 “I started at an early age at a Christian school, locally, and we were always taught that it was our responsibility as women to cover up and be modest, and if a man was to ever get aroused or turned on or be interested in us, it was our fault,” said Holtzclaw. “Eventually, I had gotten sexually assaulted. It was true when it happened. Everyone blamed me for it and told me it was my fault and that just led the way into this art piece.”

That’s exactly why the piece should be in the exhibition. If the thought that goes through your mind when you see that picture is “she’s asking for it,” you’re part of the problem.

The district says the piece is inappropriate for children, but to paraphrase one commenter on the news station’s site, if children are old enough to be “damaged” by the art, then they’re old enough to have a conversation about consent.

But leave it to district officials to prevent that conversation from happening. Because it’s not like young women ever have to worry about getting assaulted.

“I know I’m not the only girl in high school that’s been sexually assaulted and felt like it was my fault, so I wanted to get the word out there and tell people, ‘It’s not your fault. It’s not your fault,’” said Holtzclaw. “Things that need to be talked about shouldn’t be taboo, because people struggle and we need to talk about those kind of things that people struggle with.”

Well, if the school won’t get the word out, we can.