High School Student Gets Two-Day Suspension for Not Standing During the Pledge of Allegiance May 10, 2014 Hemant Mehta

Normally, when Needville High School sophomore Mason Michalec, doesn’t stand up during the Pledge of Allegiance (or the Texas Pledge), it’s a non-issue.

But this past week, with a different teacher in the classroom, he was told he had to stand. He refused. She sent him to the principal’s office. And Mason received a two-day in-school suspension. 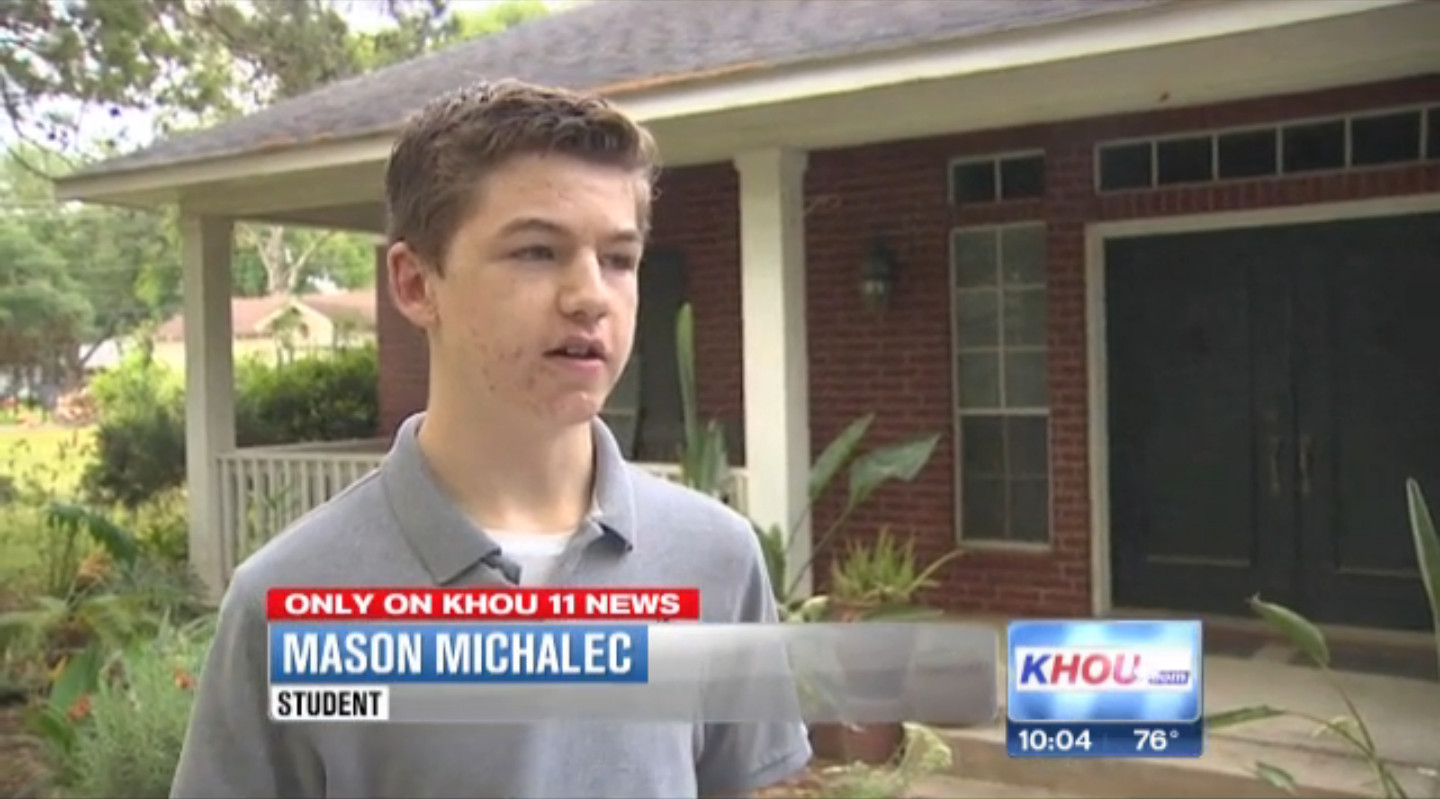 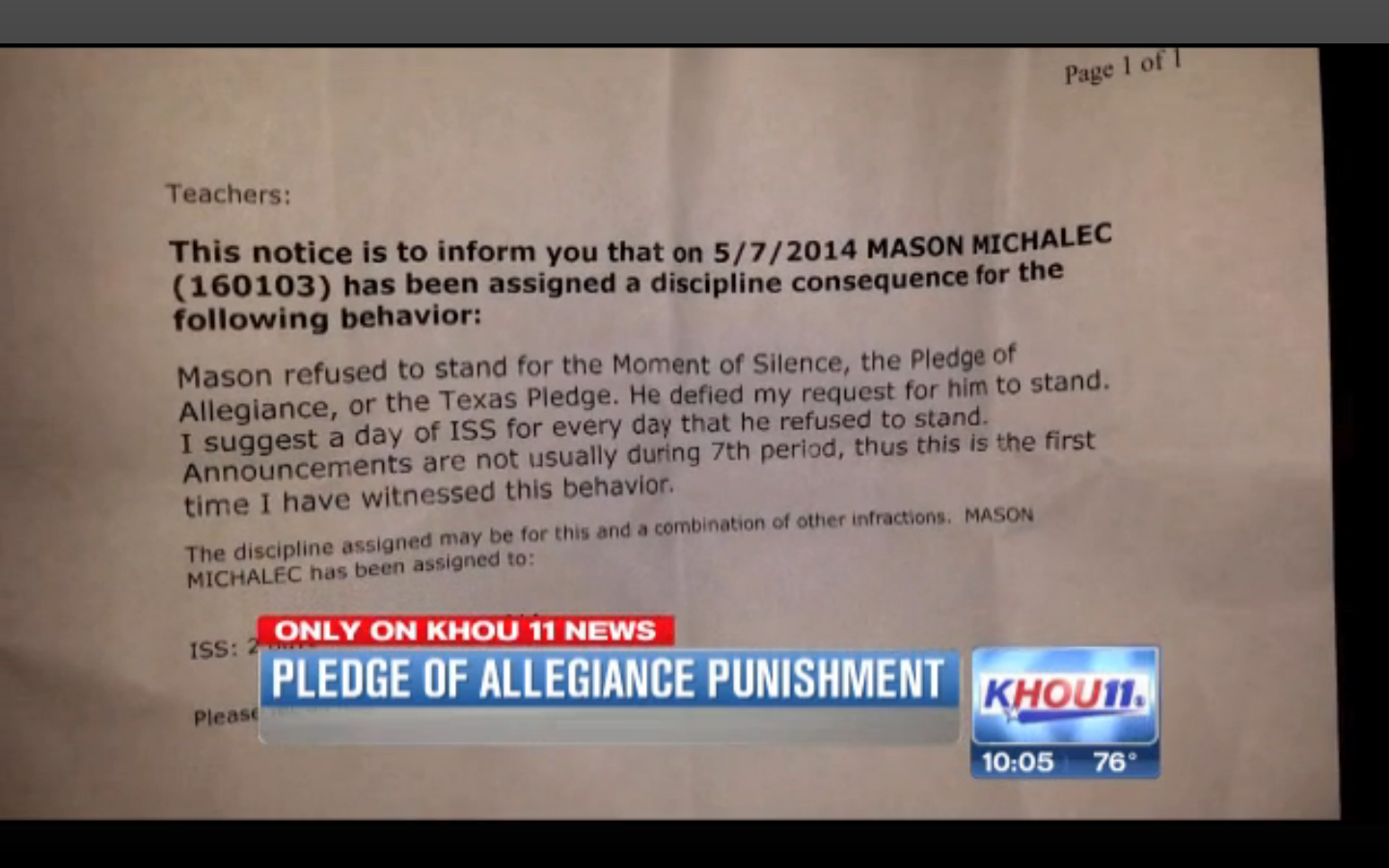 I wish I could say he refused to stand because of the words “Under God” — but that’s not the case.

“I’m really tired of our government taking advantage of us,” said Michalec. “I don’t agree with the NSA spying on us.”

That’s as good a reason as any.

But when you’re in Texas, the ignorance runs deep:

Most folks around town Thursday had just one reaction to Mason sitting it out.

“I think he’s being disrespectful to the flag, and those folks who gave their lives for him to have his opinion,” said Needville resident David McDonald.

“The soldiers are out there, they’re doing their job and he should stand up,” said neighbor Jo Castillo.

Who wants to bet Jimmie Pekar has never traveled outside the country?

Anyway, the school’s clearly violating the law by punishing Mason. No student has to stand up for the Pledge — ever. (The Supreme Court said as much in 1943 in West Virginia State Board of Education v. Barnette.)

So far, no one at the district will speak about this on the record, including the school’s principal.

While it wouldn’t surprise me that an individual teacher is unfamiliar with the law, I don’t see how the principal backs her up on this.

All the district has to do is issue a statement that reads, “We were wrong to punish Mason and sincerely apologize. No student has to stand up during the Pledge of allegiance and we respect that right. We will also make sure all of our faculty members are aware of the law so that incidents like this do not happen in the future.”

How hard is that?

I’ve reached out to Mason to see how he’s doing and if there’s more to the story that we aren’t hearing. I’ll post an update if/when I hear back.