Why It’s Insane That Much of the Left Rejects Ayaan Hirsi Ali and Sam Harris as Their Liberal Bedfellows May 9, 2014 Terry Firma

I found much to enjoy, even relish, in the friendly conversation between Ayaan Hirsi and Sam Harris that you can read in its entirety here.

Hemant quoted some great highlights from it earlier, but there are a couple of other passages that stood out for me, including those about liberalism. 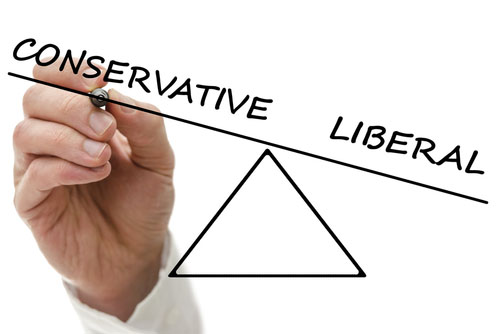 Despite their unquestionable dedication to causes like gender equality, the right to individual self-determination, and free speech, Harris and Hirsi Ali are both disliked, sometimes intensely, by broad swaths of liberals. I suspect that, among left-leaning bien pensants, Hirsi Ali has frittered away much sympathy by daring to sign on with the rightwing American Enterprise Institute (AEI). That hiring actually revealed something unpleasant — maybe something cowardly — about the nation’s left-leaning think tanks, whose executives ran the other way when she expressed an interest in working there.

As Harris puts it:

[T]he truly mortifying answer to the question of why you are at the AEI is that no liberal institution would offer you shelter when you most needed it — and when your value to the global conversation about free speech, the rights of women, and other norms of civilization was crystal clear. And ever since, your affiliation with the one institution that did take you in has been used to defame you in liberal circles. Perfect.

Hirsi Ali: Well, it certainly seemed at the time that none of the other institutions were willing to talk about Islam in the way that I do — and specifically about its treatment of women.

Harris: And they still won’t. I consider this one of the great moral scandals of our time. How you’ve been treated reminds me of what many liberals did during the Salman Rushdie affair, blaming him for his recklessness in the face of the hair-trigger sensitivities of the Muslim community.

I’m a liberal by nearly every measure. Give me a list of liberal values and prejudices, and I will check almost every box.

Hirsi Ali: So will I.

Harris: But because of your association with the AEI, many people don’t know this about you. I remember what it was like when the Dutch government withdrew your security detail, and your friends — among whom I was very proud to count myself — were faced with the task of raising money to pay for your security. Without the AEI’s help at that moment, it would have been an even scarier time than it was. So the fact that liberals hold this affiliation against you is just shameful.

Hirsi Ali: I find it sad. And you should know that during all my interviews with the AEI and my subsequent years there, they’ve always understood that I’m a liberal. No one within the organization has tried to change my mind about anything — not about Islam, or euthanasia, or abortion, or religion, or gay rights, or any of the other things that many of my colleagues have problems with. They’ve never opposed my atheism or confronted me with anything I have said in public.

Harris next talks about something that I’ve found perfectly maddening since the 1989 Rushdie fatwa:

Most liberals think that religion is never the true source of a person’s bad behavior. Even when jihadists explicitly state their religious motivations — they believe that they have an obligation to kill apostates and blasphemers, and they want to get into Paradise — liberal academics, journalists, and politicians insist on looking for deeper reasons for their actions. However, when people give economic, political, or psychological reasons for doing whatever it is they do, everyone accepts those reasons at face value

If a man murders his neighbor because he wants to steal his property and doesn’t want to leave a witness, everyone accepts the killer’s account of his actions. But when he says, as every jihadist does, that he was driven by a sense of religious obligation and a yearning for Paradise, liberals insist that the search for an underlying motive must continue. So the game is rigged. If you’re always going to look beneath a person’s religious convictions for something else, of course you’ll never see that religion is an important driver of human behavior.

Aye. And Harris isn’t done yet:

The very people who call us bigots are practicing a bigotry of low expectations with respect to the Muslim community. For instance, when those cartoons came out in Denmark, the message from liberal politicians was that Islam is a peaceful and noble religion that should be respected and that the West has callously overindulged its freedom of speech. Meanwhile, these same leaders were busily ramping up security or simply closing their embassies in anticipation of violence in dozens of countries. As you’ve pointed out, secular liberals are not holding the Muslim community to the same standards of civility and reasonableness that they demand of everyone else.

Hirsi Ali: Absolutely. And if we want the Muslim community in America to feel truly American, we have to apply the same standards to them that we apply to everyone else. We criticize the Catholic Church for its treatment of women, for its sheltering of pedophiles, and for other harms it has caused. And we do this for the purpose of improving people’s lives. But we’re not doing this for the Muslim community. …

Harris: This disparity between Islam and every other religion is so obvious, in fact, that it is somehow considered a low blow to point it out. However, it remains the case that only the Muslim community reliably threatens its critics with violence — not just in the Middle East, but everywhere. Having observed the risks and hassles you’ve had to endure because of this, I find liberal obscurantism on this point just maddening. …

In almost every other context, everyone understands that a person’s beliefs largely determine his behavior. For instance, last week, a former grand dragon of the Ku Klux Klan murdered three people outside a Jewish community center in Kansas. This man spent his entire adult life espousing his hatred for Jews, and upon his arrest he shouted, “Heil Hitler.” There is not a person on earth at this moment who is wondering whether his beliefs about Jews were the effective cause of his behavior. And yet, if he had been a Muslim shouting “Allahu Akbar,” most liberals would say that his behavior had nothing to do with his religious beliefs.

It appears to be a coincidence that yesterday, on the day Harris published his exchange with Hirsi Ali, the U.K. Spectator ran a piece by Nick Cohen that treads some of the same ground.

[Hirsi Ali] ought to have been a leftwing heroine. Think of it: a black, African feminist, who had suffered female genital mutilation and fled to Holland to escape a forced marriage. Once there, she campaigned against the patriarchal abuse of women, and against religious bigotry, both causes you might have thought left wingers would hold dear. Fanatics threatened to kill her and succeeded in murdering her friend the director Theo van Gogh for making a film showing how the Koran licensed the subjugation of women. Her life has been in danger ever since.

The people, who ought to have been her comrades, treated her shamefully. The Dutch Labour movement did not want to listen. She joined the Dutch liberals, who then proposed removing her bodyguards and leaving her defenseless against assassins. Liberal journals in New York sneered. Only last month Brandeis University played a sick trick on her. It announced it was granting her an honorary degree, which she had never asked for, and then publicly humiliated her by withdrawing the offer because religious and left wing lobbyists had told its administrators that she was an Islamophobe; a tainted woman respectable American academics should have nothing to do with.

By then Ayaan had found sanctuary at the American Enterprise Institute, a Conservative think tank. If you only think about the practicalities of her position, it is hard to blame her for going. When her natural allies deserted her, only the American right was prepared to offer her a home and take her concerns about the abuse of Muslim women seriously.

I don’t know if Harris and Hirsi Ali may be regarded as True Liberals™. Political labels may be a somewhat useful form of shorthand, but they’re also often imprecise, and they lead to facile tribalism and to the premature shutdowns of discussions that we really ought to be having, as I argued here.

I just hope that even if you’re solidly on the left, liberalism is not a rigid doctrinal truth to you; that you’ll refrain from applying the No True Scotsman principle to these two; and that you’ll stop short of regarding them as foes. Their views on religion — especially that religion — deserve way more traction on the left than they’ve been getting.

If that’s not already clear now, I’m afraid it will become so in due time.

May 9, 2014
Massachusetts Supreme Judicial Court Decides That the Pledge of Allegiance Does Not Violate the Constitution
Next Post