Bryan Fischer: “Evolution Cannot Possibly Be True” and the Bible Proves It! May 9, 2014 Hemant Mehta

Bryan Fischer: “Evolution Cannot Possibly Be True” and the Bible Proves It!

It’s no surprise that a conservative Christian like Bryan Fischer doesn’t accept basic science, but his Bible-based explanation of why evolution is a hoax is downright hilarious because of how seriously he believes it. 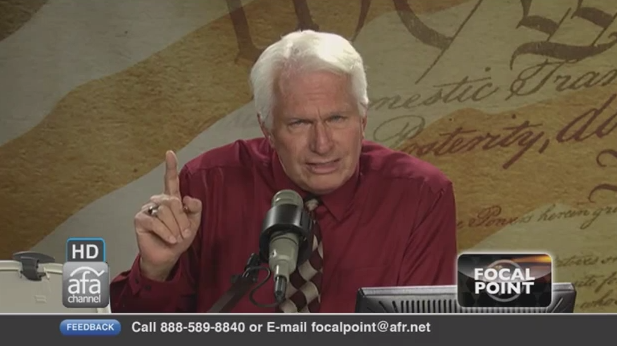 But Paul’s point is: Death did not enter into the world until sin came in, and sin came in through Adam. So before Adam, there was no death. Now, if evolution is right… you’d have to have literally millions of years where there was death. Death in the animal kingdom, and death in the human kingdom. You’d have to have millions of years of people being born and people dying.

“Theological fact.” That may be the greatest euphemism I’ve ever heard for “Lie.”

I know you know this, but yes, there is indeed constant birth and death. That’s how the world works. It happened long before the Bible claims Adam lived and it’ll happen long after we die ourselves.

If you think the Bible is literally true, then I agree with Fischer: You can’t accept evolution.

But if you understand evolution, you know that the Bible cannot be literally true. (#Logic)

May 9, 2014
Why It's Insane That Much of the Left Rejects Ayaan Hirsi Ali and Sam Harris as Their Liberal Bedfellows
Next Post

May 9, 2014 After Supreme Court Ruling, an Atheist Will Soon Deliver a Godless Invocation at a Sioux Falls City Council Meeting
Browse Our Archives
What Are Your Thoughts?leave a comment