Creationist Ken Ham: Teaching Evolution to Children Reminds Me of This Quotation by Hitler May 7, 2014 Hemant Mehta

Creationist Ken Ham: Teaching Evolution to Children Reminds Me of This Quotation by Hitler

Here’s some unsolicited advice for everyone: Unless you’re referring to someone who wants to kill off an entire race of people, just don’t bring up Hitler when talking how you disagree with someone else. I mean, we have fallacies named after that.

Creationist Ken Ham hasn’t heard that advice before because he was reading an article about how we ought to be introducing evolution to children at a young age and guess where his mind went? 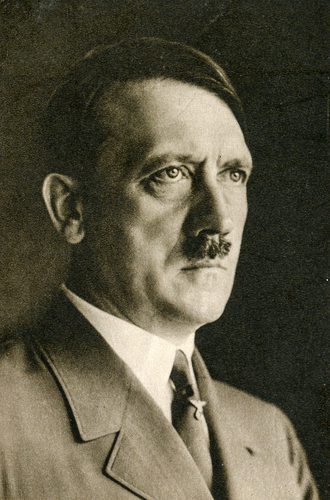 Of course, children believing that the universe and everything in it were designed by God isn’t acceptable to secularists. Their solution? One key way is to use picture books to teach children the evolutionary view of the universe, beginning in kindergarten.

This actually reminds me of a quote attributed to Hitler: “He alone, who owns the youth, gains the future!”

Evolution… Hitler. That’s how his mind works. Mind you, this is the same guy who has an entire section on his website dedicated to indoctrinating children… but that’s all well and good.

Teach them science, though?

May 7, 2014
Conservative Christian Group Posts Positive Article About Local Muslims and Members Flip Out, Forcing an Apology
Next Post

May 7, 2014 Todd Starnes Claims Fifth-Grader Isn't Allowed to Read Bible at School; Once Again, the Facts Say Otherwise
Browse Our Archives
What Are Your Thoughts?leave a comment