The Illinois Family Institute hates it when people call them anti-gay, bigoted, or a Hate Group… but look at how they’re reacting to the recent announcement that Bishop Gene Robinson (below), the first openly gay bishop in the Episcopal Church, would be getting a divorce from his husband after 25 years together.

Not only does IFI celebrate his divorce, they can’t even bring themselves to accept that Robinson was ever married in the first place: 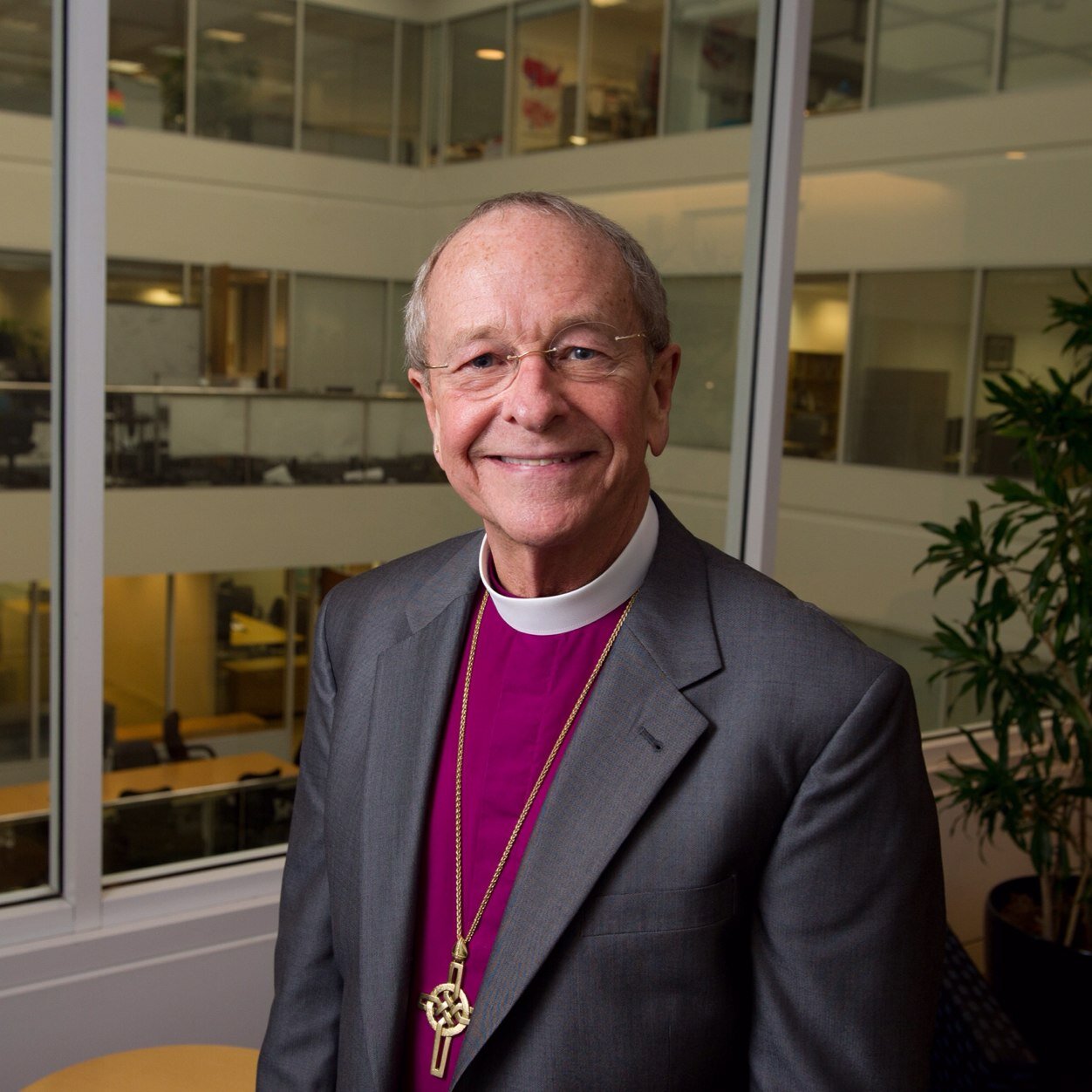 … as far as God, the Bible and Christianity are concerned, Robinson’s “marriage” twern’t never a marriage at all. Accordingly, neither is his “divorce” a divorce. Nor is it a sin. In fact, according to a clear reading of scripture, Robinson’s so-called divorce is actually a step in the right direction. It’s a good thing. If going through the motions of a “gay” divorce were in the context of his repenting for his homosexual sin lifestyle, then dissolving this counterfeit “marriage,” which is based solely on a particular sin that God unequivocally calls “an abomination,” would be one of the first steps toward proper repentance and reconciliation with God.

Am I saying I support divorce? No, not real divorce. Do I support the fake “divorce” of two fake “gay married” men? Absolutely. Any Christian should. Again, if this “divorce” were in the context of genuine repentance and the abandonment of that particular sin lifestyle, then it would be something to celebrate for sure. I’ve no doubt Christ would be celebrating. Yes, God hates divorce — the real divorce of an actual man and wife. But God also hates sin. Since “gay marriage” is itself sin, then if somebody ends that particular sin, it stands to reason that this would please God. We are commanded to repent and ask Jesus to forgive us of our sins. The Bible is clear that homosexual behavior is sin. So is apostasy and calling God a liar. Robinson is guilty of both.

I encourage all true followers of Christ to pray for Gene Robinson. Pray for the wife and children he left for a lie.

Their bitterness is palpable, isn’t it? (Also, how come no one told me the quotation marks store had a Going Out of Business sale?)

This is why fewer and fewer people take these Christian bigots seriously. It’s really not about “religious freedom” with these people. It never was. It was always about the sheer hatred in their hearts towards LGBT people. They can’t bring themselves to admit that we’re all equal and deserving of the same rights. IFI can’t even feel empathy for a fellow Christian who’s going through a really rough time. Instead, they’re giving each other spiritual high-fives because a “gay” “person” got “divorced.”

Just as Jesus commanded them to do.

And then, because the hole they dug for themselves wasn’t large enough already, they went on to challenge Robinson’s very faith:

A fancy white robe and tall priestly hat does not a man of God make. Robinson may or may not be a believer as he claims. Only he and God know that for sure.

I’m sure a lot of other Christians are having very similar thoughts about Laurie Higgins and David Smith and everyone else at IFI. If they represent True Christianity, the whole faith is fucked.

May 7, 2014
New Hampshire Father Protests a Youth Novel, Is Arrested For Exceeding His Allotted Time at a School Board Meeting
Next Post