Pat Robertson, Who Ran for President as a Republican in 1988, Blames GOP for Nominating Unelectable Candidates May 6, 2014 Hemant Mehta

Pat Robertson, Who Ran for President as a Republican in 1988, Blames GOP for Nominating Unelectable Candidates

I know it’s child’s play to rip on Pat Robertson, but he always bring it upon himself… and this time, he’s blaming the GOP for nominating candidates that are extreme enough to win a primary but too extreme to win a general election: 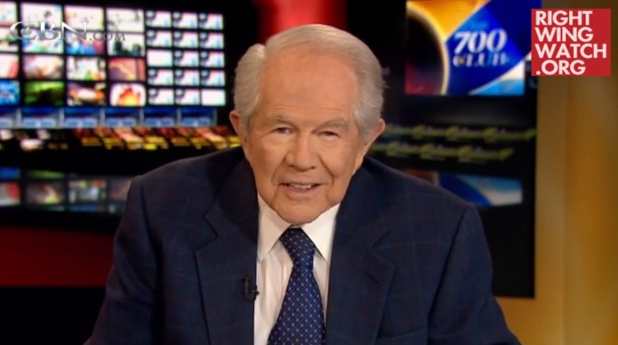 You know how the Republicans are, they can snatch defeat from the jaws of victory with very great ease. The next thing you know, there’s a whole bunch of radicals on the right begin knocking off established figures and saying, well, we’re going to call on them to be responsible. And before long, the candidates the Republicans put out aren’t capable of beating the Democrats and so the Democrats laugh all the way to the ballot box and beyond…

He actually has a valid point here, but it’s very rich coming from a guy who personally endorsed Rudy Giuliani in 2007 and ran as a candidate himself in 1988. (You can’t get much more extreme than that.)

As Brian Tashman correctly points out, despite understanding the problems with extremist candidates, Robertson and his ilk are part of them reason those unelectable fundamentalists get thrown into the fray:

… the Religious Right movement spearheaded by televangelists like Robertson has been one of the forces moving the GOP toward the conservative fringe.

Robertson shouldn’t blame the GOP for losing winnable races; He should be apologizing for his role in moving the party too far to the right.

May 6, 2014
Watch These City Officials Struggle to Explain Why an Atheist's Banner Was Hung Where Few People Could See It
Next Post

May 6, 2014 78 Tough Questions for Christians
Browse Our Archives
What Are Your Thoughts?leave a comment