Christians Will “Fast” For 40 Days to Protest Gay Marriage May 3, 2014 Terry Firma

Christians Will “Fast” For 40 Days to Protest Gay Marriage

Not since the awful Trestin Meacham unsuccessfully attempted to outlaw gay marriage by starving himself have American Christians felt such hunger pangs. 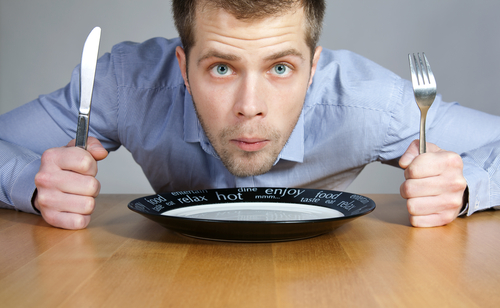 A Christian group in Virginia is planning a 40-day fast to promote its conservative definition of marriage.

The Family Foundation of Virginia is encouraging pastors and congregations to fast between Aug. 27 and Oct. 5 to fight against the legalization of gay marriage — in Virginia and around the country.

“Our nation, built on a Judeo-Christian foundation, has been greatly blessed by the Lord, but instead of being thankful, we have turned our back on the Lord and His teachings and have and followed after other gods,” the organization said in a press release. “That is why we are asking you to join us zealously in humility and fasting in repentance before God and implore Him to heal our land.”

I’m a firm believer in “different strokes for different folks,” so if a fast floats these Christians’ boat, well, I hope they enjoy it.

But I’m a little mystified. Is this supposed to be effective in any way?

Also, these people believe that nothing happens without God’s say-so. Isn’t it just a smidge arrogant, then, to demand that the Almighty reverse course… and, in the process, to employ the behavioral strategy of an ill-humored three-year-old refusing to eat his dinner?

We should remember that Christians are perhaps the world’s foremost experts at bending and molding language so it means anything they want it to mean. So it shouldn’t be a surprise that in Christianity

… the tradition of fasting can include anything from consuming only water from sunrise to sunset, to abstaining from a particular temptation — such as chocolate.

God will be very impressed. I can just picture him now: “I was going to let gay people marry, but now that Sarah from Shenandoah is laying off the Kit Kat bars for six weeks, I realize how misguided I was.”

Anyway, best of luck and all that.

May 3, 2014
Two Years Ago, a Republican Became Director of the Country's Largest Atheist Lobbying Group. How Is She Doing?
Next Post

May 3, 2014 Detroit Archdiocese Offers Solution for Traffic-Induced Road Rage: Saying the Rosary
Browse Our Archives
What Are Your Thoughts?leave a comment