Calvary Chapel, the Fort Lauderdale megachurch founded by Pastor Bob Coy nearly 30 years ago, will have to get by with a different shepherd, after Coy was found to have “committed adultery with more than one woman.” 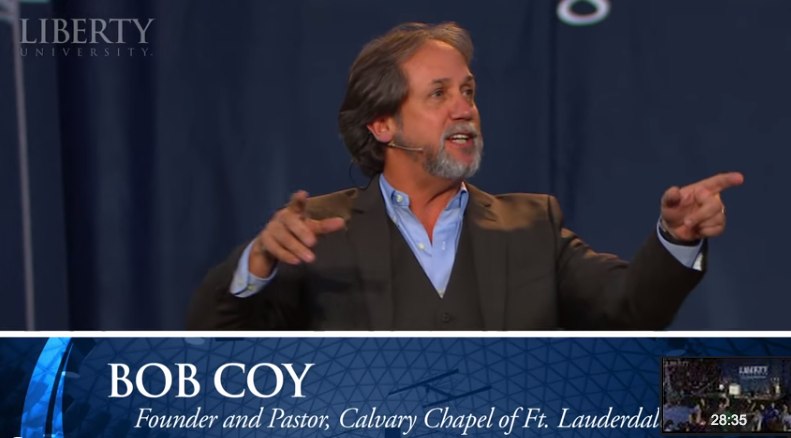 There’s no doubt who ratted Coy out:

“Your sins will find you out,” Lowe said. “Jesus, because he loved [Coy], exposed him publicly.”

Though readers of this blog probably know better, John Vaughan, director of the Megachurch Research Center in Springfield, Missouri, was eager to tell the Sun Sentinel that these kinds of situations are really, really rare.

Vaughan said despite a public perception to the contrary, ministers rarely get caught up in sex scandals.

“It’s not nearly as epidemic as people think it is,” he said. “When it happens, it’s big news and people extrapolate.”

Still, church leaders are as prone as any powerful man to temptation. “There are a lot of beautiful Christian women,” Vaughan said. “A pastor, as a man, would have the same kind of temptation as a man anywhere else would.”

Even the Christian Post knows that those temptations are both plentiful and readily yielded to. Its headline about the Coy ouster asks if there is “an epidemic of moral failings” among men of the cloth.

May 1, 2014
A (Revised) Christian Indoctrination Video for Children
Next Post