Fundamentalist Christian Pastor Says That Women Only Want Birth Control So They Can Go Be Whores April 30, 2014 Hemant Mehta 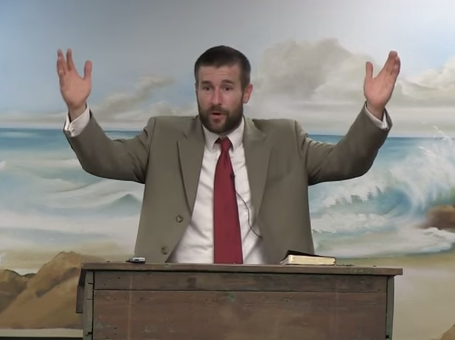 Brother Joe Rodriguez, okay, he mentioned to me, he worked at a plasma donation center… He said that, normally the plasma is like orange or yellow… But he said that when women are on birth control, their plasma is green… And it turns out they’re on birth control… When your blood is turning green, that just shows you the systemic effects that birth control is having on your body. And people will say, “Oh, it’s green, but it’s harmless. Don’t worry about it.” [Laughs.] Right, okay, sure. But do you trust them? I don’t know.

The plasma of women on birth control is indeed green. It has to do with a chemical reaction going on — but the science says that green plasma is perfectly safe to donate. Anderson either didn’t do his research or he did it, knows it’s safe, yet he’s lying through his teeth because it fits his narrative.

Not only does birth control do damage to women, it hurts their body if they’re using the pills. And it also affects their character, causing them to be an idle, tattler, gossip, turning aside after Satan…

Do not degrade your daughter by making her a prostitute, or the land will turn to prostitution and be filled with wickedness.

Why does he bring it up? Because birth control is somehow synonymous with “whoredom” and wickedness, that’s why.

At 26:14, he explains the Hobby Lobby case (incorrectly) by saying the company just “doesn’t want to buy birth control for their workers.” No one was forcing company owners to do anything like that; they just have to provide comprehensive insurance for their employees, and they didn’t want to do that because it would mean employees might do something they didn’t like. How does Anderson spin that?

You won’t buy my accoutrements so I can go be a whore.

And then he calls Sandra Fluke a whore. Because he wants to find a word that’s offensive, but not too offensive. He explains that the only reason any women might want birth control is to sleep around, completely oblivious to any medical reasons it might be helpful.

Alright. I’m stopping there. I can’t watch this anymore. I’m only halfway through and my blood is boiling.