Say It Is So, Joe

Tornado season has come roaring back, and the devastation across the Midwest and South is already shocking. We grieve the loss of life, the injuries, and damage to property.

Individuals and groups will be rallying to bring aid to people who are seriously affected by the storms, and it seems likely that atheist groups will be among those out there helping just like they were last year.

In anticipation of that, here is a suggested t-shirt design for the atheist groups who will be doing what they can to bring people what they need:

Maybe he’ll notice this time around…

**Edit:** For those commenters who are troubled or incensed by this as if it’s a serious proposal to actually wear “Hey Joe Klein!” on t-shirts, in the words of Foghorn Leghorn, “That’s, Ah say, that’s a joke, son.” 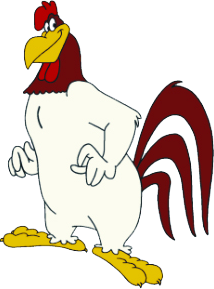 April 29, 2014
CBS News Poll Shows That, When It Comes to Death, Americans Love Their Delusions
Next Post

April 29, 2014 A Few Good Men Needed at Camp Quest Oklahoma
Browse Our Archives
What Are Your Thoughts?leave a comment