Surprise! Americans Overwhelmingly Want to Keep “Under God” in the Pledge of Allegiance April 25, 2014 Hemant Mehta

Surprise! Americans Overwhelmingly Want to Keep “Under God” in the Pledge of Allegiance

In what may be the most unnecessary poll I’ve seen in a long time, LifeWay Research asked Americans whether or not they prefer to keep “Under God” in the Pledge of Allegiance and — *gasp* — they overwhelmingly said yes: 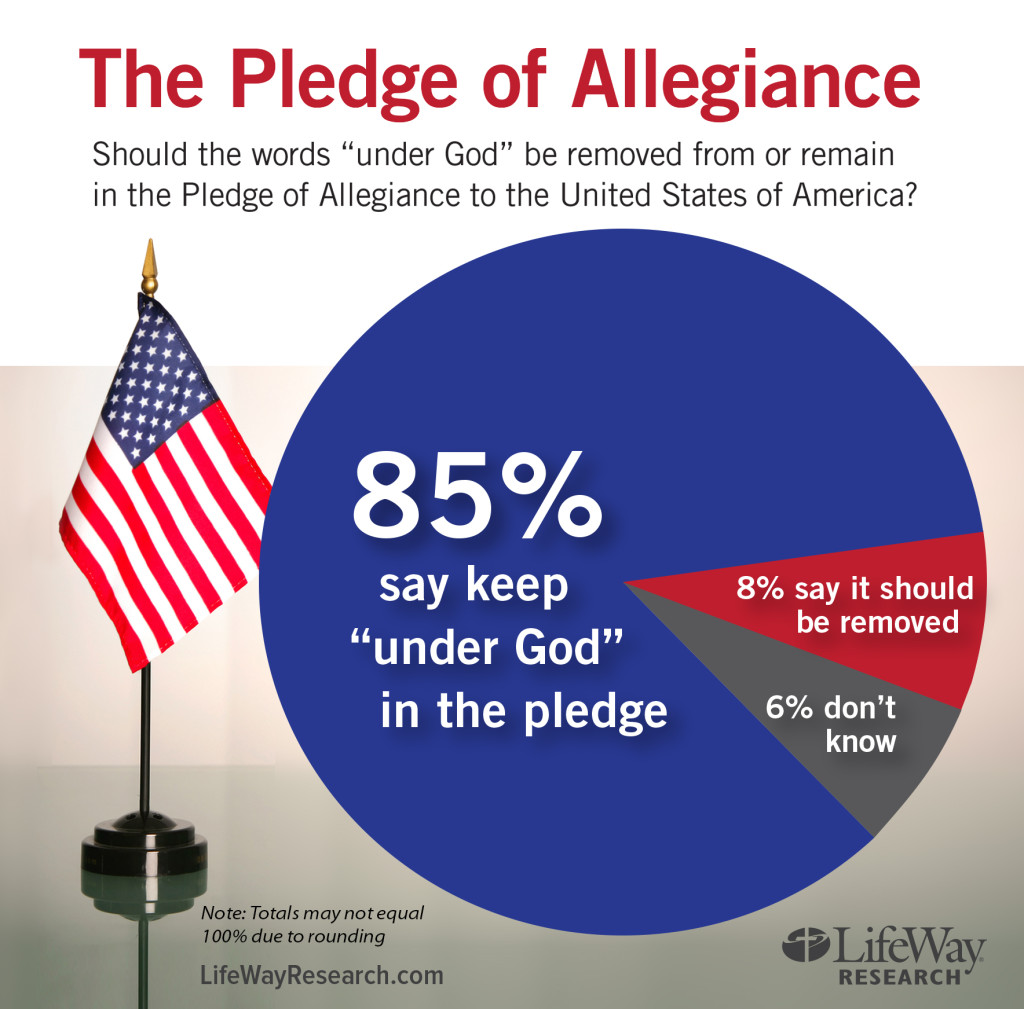 “Most Americans have recited the pledge hundreds of times and are not inclined to memorize a different pledge,” he says. “Changing it may just feel wrong. Most Americans say they believe in God or a higher being and feel comfortable having ‘under God’ in the pledge.”

Well… no kidding. Most Americans are religious and they don’t have the ability to empathize with non-Christians on issues like this. They can’t put themselves in our shoes and imagine what it’d feel like to either say a pledge you don’t agree with or purposely excuse yourself out of the classroom (or remain seated) so you don’t have to participate. They still conflate religion with patriotism, even after those remnants from the Soviet era should’ve burnt out.

For what it’s worth, removing “Under God” from the Pledge isn’t even the issue in Massachusetts or New Jersey, where lawsuits have been filed. In both cases, the judges have to decide whether public school students will say the Pledge in its entirety or not say it at all.

April 25, 2014 The (First) 7 Problems with the Hobby Lobby Bible Curriculum
Browse Our Archives
What Are Your Thoughts?leave a comment