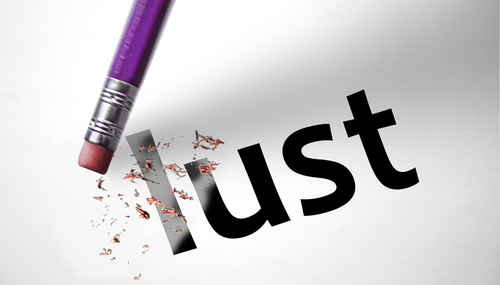 We must treat lust like other sins — not a way we act out as a consequence of other problems in our lives — but as a sin requiring us to learn the discipline of self-control that we must master if we ever hope to be the women God made us to be.

Because every time a woman touches herself, Baby Jesus cries.

The worst part may be when she invokes the “wisdom” of Pastor John Piper to make her readers “more Christ-centered, self-controlled” people:

A — Avoid tempting situations as much as possible.

N — Say no to lustful thoughts in five seconds.

T — Turn the mind toward Christ as a superior satisfaction.

H — Hold the promise and pleasure of Jesus in your mind to drive other thoughts out.

M — Move into a useful activity away from idleness and other vulnerable situations.

Did you catch all that?

Avoid anything that’ll make you think about sex. Which, in our society, is everything.

Don’t allow yourself to have any thoughts about sex. Think of Jesus instead!

Jesus will make you feel better than an orgasm.

Think of Jesus so you stop thinking about other men.

Jesus will make you feel amazing.

Do something that’ll make you stop thinking about sex. Like worshiping Jesus.

Dammit! None of that works! (Really, though, if you want to kill your libido, thinking about John Piper might just do the trick…)

Anyway, I came up with an alternative, sex-positive mnemonic:

A — Allow yourself to fantasize freely.

N — Never let anyone tell you that your sexual thoughts are shameful.

T — Thought crimes are not crimes.

E — Experiment with your body and find out what makes you happy.

M — Monge’s advice should be tossed aside like a used Kleenex.

(I was going to shuffle up that order and make it say “Hemant” but, again, didn’t want to kill your libido.)

It’s just awful advice with the intention of shaming women for doing something that’s completely natural and doesn’t hurt anybody. It’s in part because of this kind of sex-negativity that young Christians are leaving the church — they know the sex advice that people like Monge and Piper offer is pure bullshit.

This is also the sort of thinking that makes evangelicals more homophobic than the rest of society. When they think of LGBT people, all they think about is sex. Not love, not family, not community, just sex. And sex is bad. Always bad. Unless you’re married, but gay people shouldn’t be allowed get married, because that might lead to gay sex, and, as stated earlier, that’s bad.

The only time Jesus even needs to be mentioned is near the very end of the act.

April 24, 2014
Despite What This Group Says, "Homosexual Aggression" Isn't Limiting the Career Options for Christians
Next Post