A Play by @TheTweetOfGod is Coming to Broadway Next Season April 23, 2014 Hemant Mehta

A Play by @TheTweetOfGod is Coming to Broadway Next Season

David Javerbaum, the former head writer of The Daily Show who brilliantly channels God on Twitter as @TheTweetOfGod, will soon be taking that character to Broadway in a play to debut next season.

It’ll be based off of his book The Last Testament. 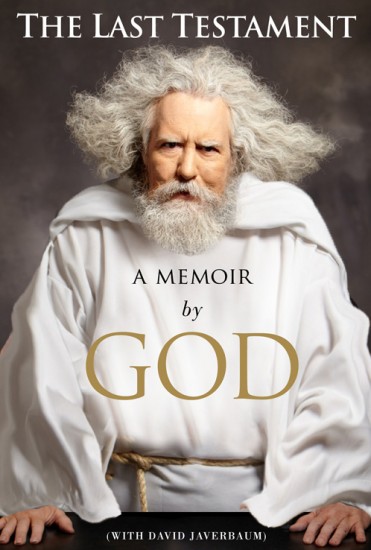 Javerbaum told me (via email) that it would be a one-God show and that he would only be writing it, not acting in it, which means some actor out there will soon get to play the role of God.

God also spoke to the New York Post and explained the partnership:

This is the third David with whom I have collaborated professionally. The first wrote 150 magnificent Psalms of praise in My honor. The second left 82 people dead in an inferno in Waco, Texas. I would rank this David somewhere between the first two.

I can’t wait for this play to hit the stage. (And to see the protests outside the theater.) Until that happens, you can read my 2011 interview with God here.

April 23, 2014 Son of "Fitna" Collaborator, Like His Drug-Dealer Dad, Embraces Islam
Browse Our Archives
What Are Your Thoughts?leave a comment