Yesterday, Rhode Island Governor Lincoln Chafee issued a proclamation marking May 1 as the Day of Reason: 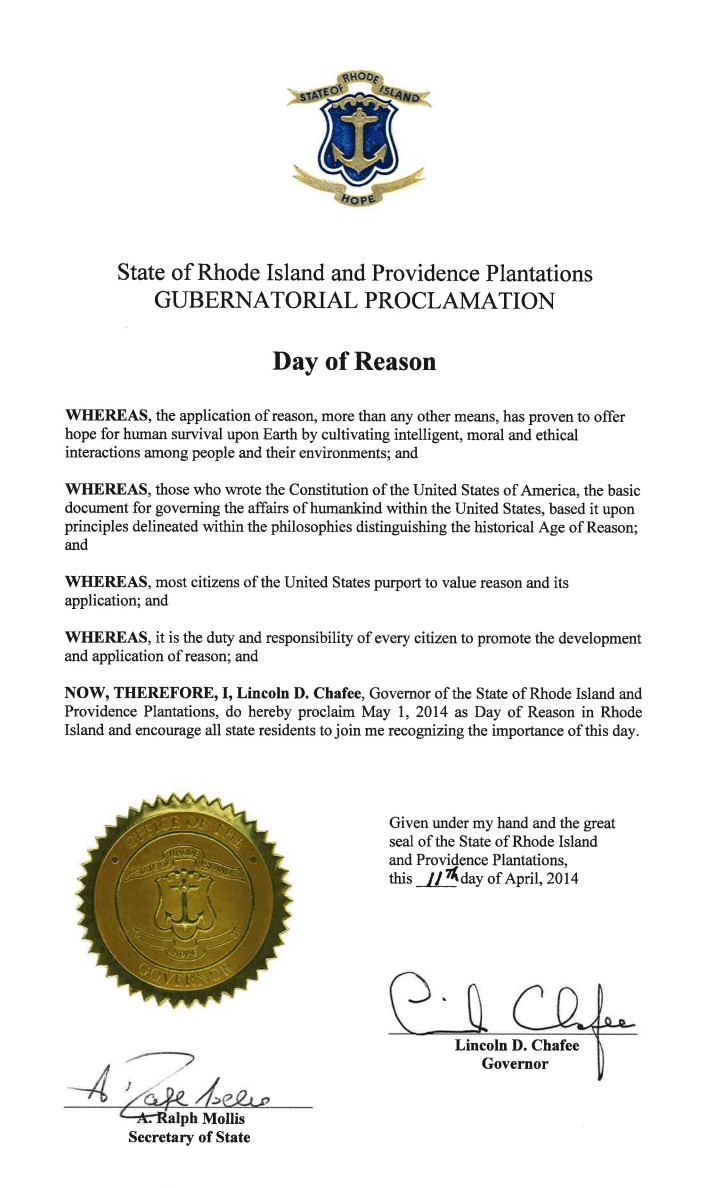 WHEREAS, the application of reason, more than any other means, has proven to offer hope for human survival upon Earth by cultivating intelligent, moral and ethical interactions among people and their environments, and

WHEREAS, most citizens of the United States purport to value reason and its application, and

WHEREAS, it is the duty and responsibility of every citizen to promote the development and application of reason:

NOW, THEREFORE, I, Lincoln D. Chafee, Governor of the state of Rhode Island and Providence Plantations, do hereby proclaim May 1, 2014 as Day of Reason in Rhode Island and encourage all state residents to join me recognizing the importance of this day.

The proclamation is virtually identical to ones signed by the mayors of Charlotte, North Carolina and State College, Pennsylvania and by some members of Congress last year.

By the way, before you get all excited, realize that Chafee also issued a proclamation marking May 1 as a Day of Prayer, too. A politician playing both sides of the aisle… who knew?! Despite the fair-and-balanced proclamations, expect Chafee to catch a lot of flak from the Right (and Internet commenters). He was criticized for years for calling it a “Holiday Tree” before finally changing course this past winter.

Still, it’s a nice gesture from a prominent politician and it happened thanks to a request by the Humanists of Rhode Island and the Secular Coalition for Rhode Island.

April 21, 2014
This Clever Shirt Features an Acceptable Use of the Term "YOLO"
Next Post