Growing Up In an Apocalyptic Cult — One Woman’s Story of Sex and Insanity April 21, 2014 Terry Firma

What’s it like to grow up in a cult? Flor Edwards (below), over at the website Narratively, sheds some light with a long personal story that is both fascinating and tonally flat — as if her childhood, overshadowed by apocalyptic messages that forced her to constantly think about her own impending death, left her emotionally and artistically closed off.

But perhaps this apparent stuntedness conveys more about the realities of such an upbringing than reams of deeply reflective prose could. 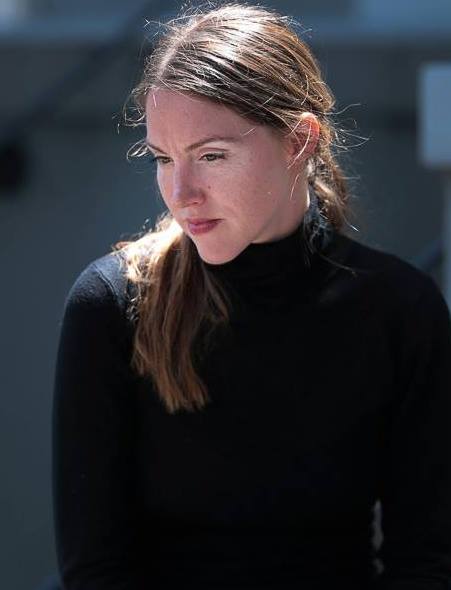 Edwards’ parents had fallen under the sway of a charismatic hippie preacher from California named David Brandt Berg, who founded the Jesus-inspired Children of God (later called the Family of Love or simply the Family).

My parents followed him but were never allowed to see him. I never knew what he looked like. In photos he would white out his face and draw a picture of a lion head. He called himself “Father David,” but we kids were required to call him “Grandpa.” …

Berg developed a philosophy that any action was justified as long as it was done in the name of God’s work. This philosophy would be a founding principle of the Children of God.

Other sources confirm this. Wikipedia says that

… a controversial belief that was taught and practiced by members of the group maintains that it is right to lie to non-members (or “unbelievers”) to protect God’s work. This belief is commonly referred to as “deceivers yet true”.

One questionable practice, described by Edwards, was called “flirty fishing.”

Father David instructed the women to use sex to entice new members to the group and gather donations. He appointed a woman named Karen Zerby as his chosen prophetess. He called her his “first wife,” but he was known to sleep with any woman who had the privilege of meeting him.

This promiscuity was in accordance with Father David’s openly espoused beliefs.

He incorporated the movements of the ’60s into his evangelical mission, even writing a letter called, “C’mon Ma! Burn Your Bra” and a series of letters on “revolutionary sex.”

When he wasn’t busy bedding his followers, he told them that they all needed to flee the evil and corrupt west; if they did, they’d be among the 144,000 chosen-by-God souls who would survive the 1993 apocalypse. Without questioning their leader, Edwards’ family and other members of the Children of God moved to communal housing in Thailand.

When the world didn’t end as he had predicted, Father David had a revelation that it was time to move back west. He said God was pleased with our work so He decided to give us an extension. Every year after 1993 a letter came out entitled, “It Could Happen This Year.” I was beginning to have my suspicions.

The cult’s membership eventually dwindled, and people like Edwards — long strangers to temporal reality — slowly found their way in the real world. Fortunately, no cataclysmic event à la the suicides/massacres at Jonestown or Kanungu set off the movement’s demise.

That’s not to say there were no victims. Writes Edwards,

I’ve heard many stories about kids who grew up like me and killed themselves because they didn’t how to make it in the world. Some were my friends, others distant acquaintances. They’d blame their parents for not teaching them how to write checks, or fill out applications, or hold their own in a normal social setting. There are girls who became strippers because all they knew how to do was give a powerful “look of love,” as taught by Father David during the flirty-fishing movement. They had no skills for working or making money, so they used their sexuality, just like their mothers did in the early days.

Edwards is working on a book-length memoir. We’ll keep an eye out for it.