It’s Not Heresy for a Christian Publisher to Promote a Gay Christian’s Book April 18, 2014 Hemant Mehta

Two years ago, Matthew Vines stepped into a Wichita, Kansas church and spoke at length about why Christianity was perfectly compatible with homosexuality, if only people would give it a chance. He came to this conclusion after taking a two-year leave of absence from college and educating himself on what biblical scholars had to say about the issue: 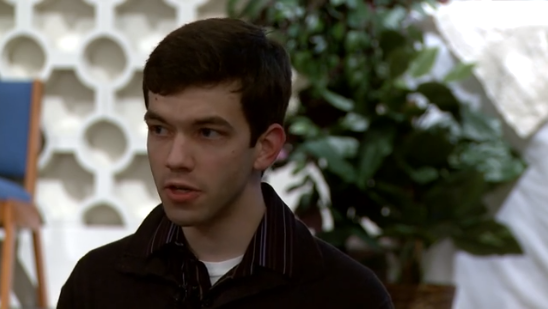 Whether you agree with him or not, his stance is one that a lot of younger evangelicals have already accepted, and that’s one reason his video went so viral in Christian circles. It’s hardly surprising, then, that he was offered a book deal from a Christian publisher.

The book, God and the Gay Christian: The Biblical Case in Support of Same-Sex Relationships, will be published next week.

It won’t happen without controversy, though. The publishers are coming under fire from conservatives who feel the book is somehow heretical and who can’t believe anyone would support a project like this. Here’s Michael Brown of Charisma (no doubt stoking the controversy for the sake of his own anti-gay book coming out next month):

But here is the disturbing news. The book is being published by Convergent Books, which is part of a publishing conglomerate that includes the much-respected evangelical publishing group WaterBrook Multnomah (also sharing some of the same staff). And the chief executive of the company, Stephen W. Cobb, is vigorously defending his choice to publish the book. In fact, he is making an extraordinary effort to publicize it and claiming that it is thoroughly evangelical.

Have we totally lost our bearings as the people of God? Are we now debating the undebatable and trying to sanction the unsanctionable?

Brown may think it’s undebatable, but many Christians disagree. Nearly a third of evangelicals support gay marriage. Brown may not want to accept homosexuality, but he can’t refute the math.

It also makes sense for a publisher like Cobb to jump on this book: It’s a controversial subject with a unique take (at least in the world of evangelical books) that will stir all sorts of discussion. It’s not just an interesting topic; it’s an economically smart investment on Cobb’s part.

Brown isn’t the only one complaining. Here’s right-wing attorney Matt Barber, tossing out a conspiracy theory about how the Convergent Books imprint is really just a way for the larger WaterBrook Multnomah company to publish sacrilegious works and rake in the cash:

It’s smoke and mirrors. It’s confusing because it’s designed to be confusing. It’s intentional — a shell game purposefully calculated to obfuscate and hide the ball from the Christian community.

It’s not a shell game. It’s called publishing. Different imprints focus on different kinds of books, even when they’re under the same umbrella.

Cobb, the publisher, explained how this works in his own article responding to the critics:

It is important to know that WaterBrook, Multnomah, Convergent, and Image each have their own distinct editorial guidelines and missions. Convergent’s mission is to publish nonfiction for less traditional Christians and spiritual seekers who are drawn to an open, inclusive, and culturally engaged exploration of faith. As such, Matthew Vines’ new book is appropriately positioned as a Convergent publication. God and the Gay Christian is not published by WaterBrook or by Multnomah — nor would it be editorially appropriate for either.

I guess now is a good time to mention that WaterBrook Multnomah published I Sold My Soul on eBay — ironically, under the more “traditional” WaterBrook imprint (Convergent wasn’t part of the company then). Who knew that a book written by an open atheist would be less controversial for a Christian publisher than one written by a gay Christian?

In any case, there are undoubtedly lots of evangelicals who will embrace Vine’s book and that’s reason enough for the company to put it out there. Sure, they want to promote the faith, but they also want to stir discussion and make money doing it. This book will accomplish all of that.