Toddlers and Blood Sacrifice: You Can’t Start ‘Em Too Young 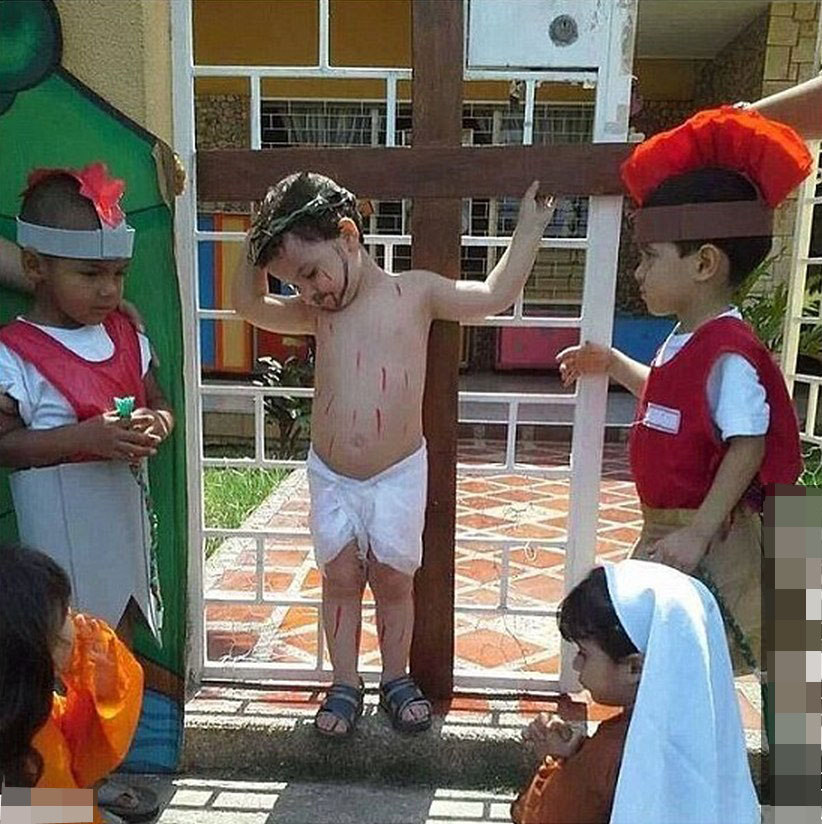 Supposedly, this is a group of young kids play-acting the crucifixion during “Holy Week” at an unidentified school in Brazil.

Considering that that info is from the often mendacious Daily Mail (the paper — falsely? — claims that the image went viral), I wouldn’t put much credence in the information. Searches I did on Google Images and Tineye yielded no useful results. (If you know where the photo was taken, and under what circumstances, please tell us in the comments — with a link.)

But clearly, somebody, somewhere, thinks it’s a great idea to smear fake blood all over a toddler’s loinclothed body … and have him mock-nailed to a cross by pint-sized centurions while other four- or five-year-olds look on, hands clasped in prayer.

And it’s not just one or two people. It’s hard to say how widespread this is, but Passion Plays for tots and other young kids do happen in various countries, including the United States and the Philippines.

I’m curious how many of the proud parents whose brood is involved in such a half-play/half-ritual think that it’s holy for kids to do this but would be terribly upset to learn that their children were playing video games featuring torture and murder.