The War on Christmas has transformed into the War on Easter. And just in time, too.

The conservative group Concerned Women for America (always furrowing a brow for Jesus) had placed a display in the Wisconsin State Capitol building this week that included a cross and anti-abortion literature.

So the Freedom From Religion Foundation decided to make the most of the Capitol’s apparent free speech party by getting a permit for and installing a sign of their own (albeit with different dimensions than the one below) that read “Nobody died for our ‘sins’; Jesus Christ is a myth”:

As you can imagine, some people couldn’t handle that:

Faith and Freedom Coalition Chairman Ralph Reed said that the sign is a form of speech, and he defends the right to free speech even when he finds it “repugnant.” However he said the sign is one of “contempt” and is demeaning.

“I would certainly hope that people would show more respect for and deference on this most high and holy week […] but unfortunately, Greta, we crossed that line a long time ago,” he said.

We can debate the strategy of such an aggressive sign, but the whole point was to provoke. Reed may want everyone to treat his beliefs with respect and deference, but his beliefs don’t deserve either. And if the State Capitol allows a display promoting one group’s point of view, they are opening to door to other groups’ displays as well.

To no one’s surprise, FFRF’s sign was vandalized yesterday: 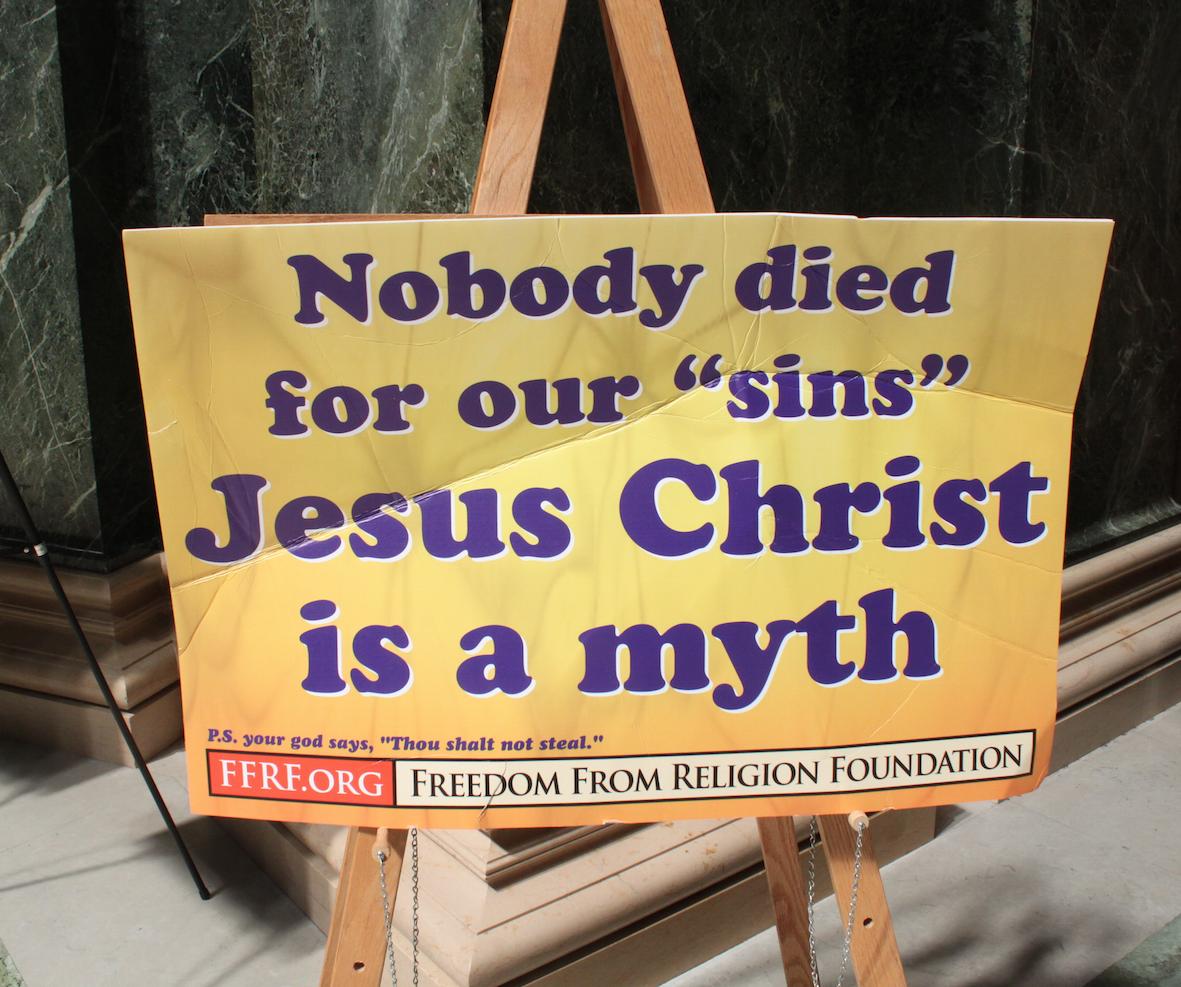 A man wrested FFRF’s foamboard sign, which was securely taped to an easel, and violently mangled it in front of passersby. Capitol security was quickly summoned and gave chase, but the vandal got away.

“This crime, seeking to suppress dissent, is a lesson in the danger of injecting religion into the seat of state government,” [FFRF co-President Annie Laurie] Gaylor added. “We strongly object to CWA placing a cross in the rotunda — a symbol of the dominant religion and increasingly a symbol of political intimidation today. But if religious symbols and imagery are permitted, then there must be room for dissent.”

FFRF isn’t replacing the sign — they’re leaving it up so everyone can see what they have to deal with — but they taped a message to its top and bottom: 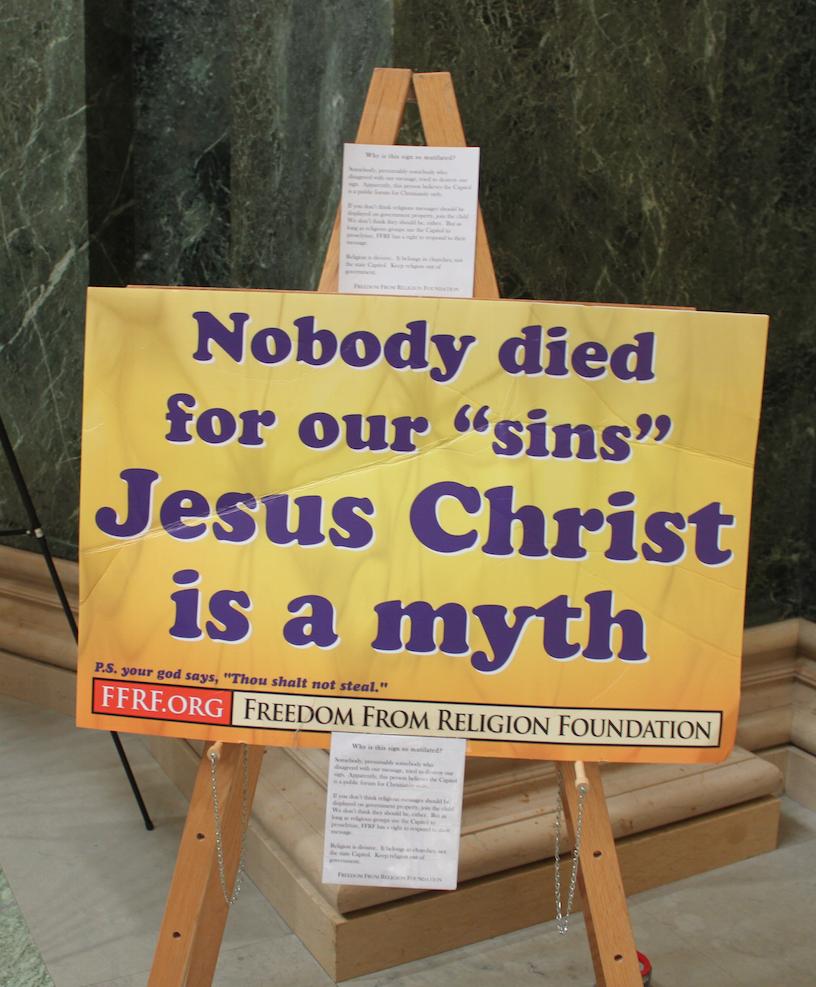 Somebody, presumably somebody who disagreed with our message, tried to destroy our sign. Apparently, this person believes the Capitol is a public forum for Christianity only.

If you don’t think religious messages should be displayed on government property, join the club! We don’t think they should be, either. But as long as religious groups use the Capitol to proselytize, FFRF has a right to respond to their message.

Religion is divisive. It belongs in churches, not the State Capitol. Keep religion out of government.

If the vandal really hated the sign that much, there’s an easy way to get it taken down. Just get the Capitol Building to forbid displays from all religious/non-religious groups. FFRF would gladly abide by that. But as long as Christians are allowed to put up a display featuring a symbol that signals to all non-Christians that they’re going to hell, all groups that want to counter that message must be given the same opportunity.

April 17, 2014
Toddlers and Blood Sacrifice: You Can't Start 'Em Too Young
Next Post

April 17, 2014 No, Richard Dawkins Is Not Really Leading People to Jesus
Browse Our Archives
What Are Your Thoughts?leave a comment