Mayor Tells Atheist He Can’t Have a ‘Reason Station’ in City Hall, but the Christian ‘Prayer Station’ Can Stay April 17, 2014 Hemant Mehta

Mayor Tells Atheist He Can’t Have a ‘Reason Station’ in City Hall, but the Christian ‘Prayer Station’ Can Stay

IF you were to walk into the Warren, Michigan city hall, you would see a Prayer Center, a kiosk of sorts with pamphlets about God, manned by Christians eager to proselytize.

So when resident Douglas Marshall filled out an application to set up a personal “Reason Station” to promote freethought and logic, you’d think he’d get a green light, too…

Just one problem: Warren Mayor Jim Fouts is a Christian who has made a habit of opposing atheist groups that want the same treatment as religious groups.

Fouts rejected Marshall’s request, wrongly assuming he was doing this as part of the Freedom From Religion Foundation when he was really just doing it on his own, and saying that only religious groups had a right to put up a display in the building. His letter to Marshall is just infuriating: 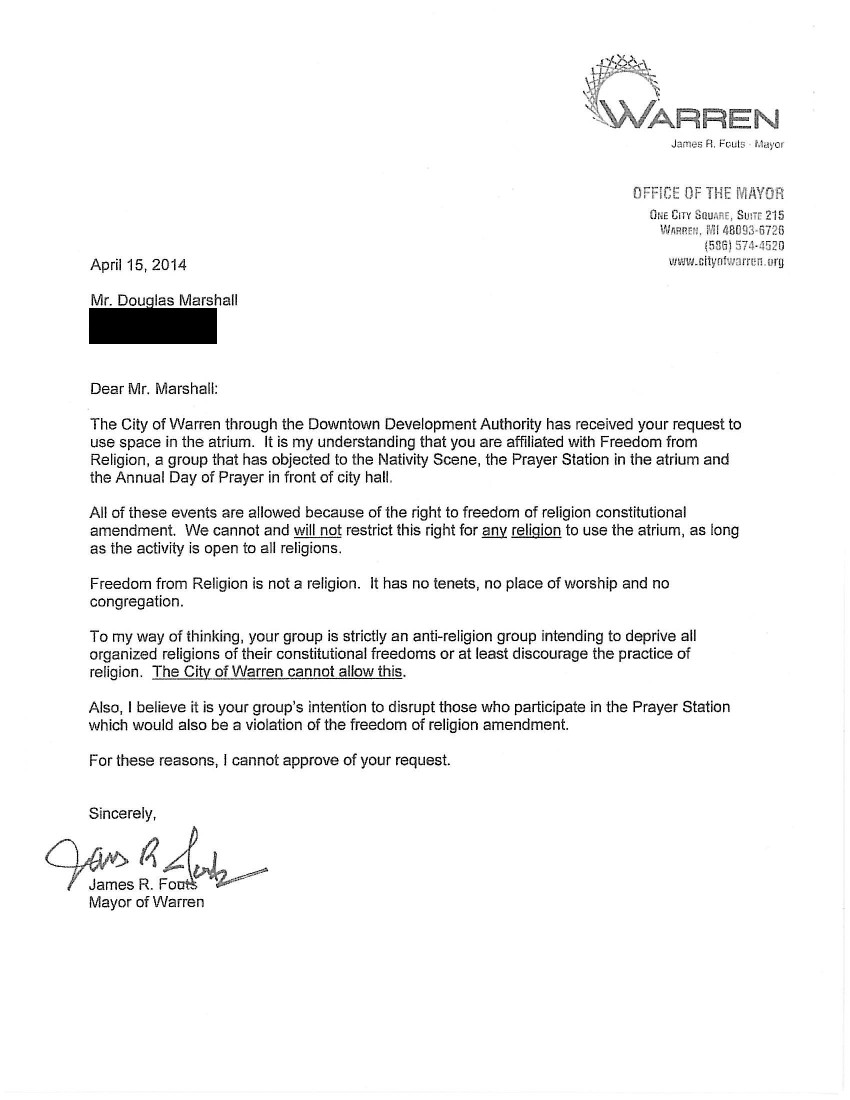 Marshall isn’t doing this on behalf of FFRF.

Marshall isn’t depriving religious groups of their freedom (nor, I assume, would he want to).

This is the guy people in Warren elected mayor? And I thought it was only for economic reasons that the city was losing people left and right…

This isn’t the first time Fouts has promoted religion over non-religious while in office, either. He stopped FFRF from putting up a “Let Reason Prevail” sign in 2012 because he felt it was too divisive — and the courts agreed with him. 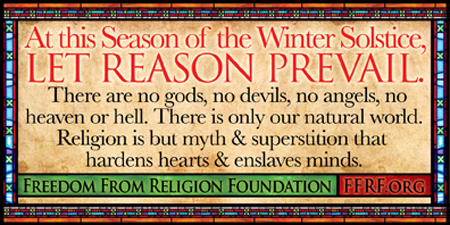 So Fouts will continue playing his hand. But it can’t go on forever. He says he once gave permission for a Ramadan display, but I’d love to see other unpopular religious groups force his hand.

If he thinks an atheist putting up a reason display is bad, what happens when Scientologists and Wiccans want a display? Let’s find out! (Hey, Satanic Temple, I hope your Google Alerts catch this because I got a proposition for you…)

April 17, 2014
No, Richard Dawkins Is Not Really Leading People to Jesus
Next Post