How Carl Sagan Talked to His Daughter About Death April 16, 2014 Hemant Mehta

How Carl Sagan Talked to His Daughter About Death

Last month, we heard from Carl Sagan‘s son Nick about his father’s legacy.

Now it’s his half-sister’s turn. Writing for New York Magazine, Sasha Sagan tells us about her life growing up, including the time she asked her father about whether he would ever see his deceased parents again: 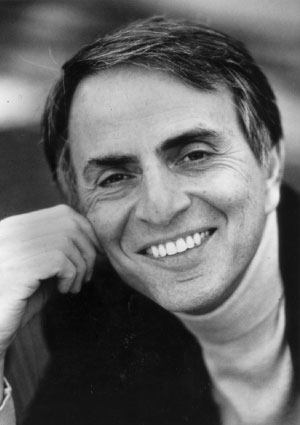 … he said that there was nothing he would like more in the world than to see his mother and father again, but that he had no reason — and no evidence — to support the idea of an afterlife, so he couldn’t give in to the temptation.

Then he told me, very tenderly, that it can be dangerous to believe things just because you want them to be true. You can get tricked if you don’t question yourself and others, especially people in a position of authority. He told me that anything that’s truly real can stand up to scrutiny.

As far as I can remember, this is the first time I began to understand the permanence of death. As I veered into a kind of mini existential crisis, my parents comforted me without deviating from their scientific worldview.

That’s a much better response than the ones Louis CK offered his daughter when she asked him questions.

It’s really a beautiful piece — and Sagan’s explanation of how fortunate we are to be alive echoes Richard Dawkins‘ beautiful essay that begins, “We are going to die, and that makes us the lucky ones.”

April 16, 2014 Pastor Doug Phillips, Who Instructed Christians on Family Life, Allegedly Spent Years Harassing His Kids' Nanny
Browse Our Archives
What Are Your Thoughts?leave a comment