I am thoroughly upset, and ashamed that you could stoop so low as to mute out the word God in anything you televise…I for one will not watch your channel anymore…I will pass this on to all my friends and family…

Can you believe that? You can cuss and everything else on TV but can’t say God anymore. What is going on in the world these days?

Those are two of the more, um, muted reactions to the Hallmark Channel‘s muting the word “God” in its airing of the movie It Could Happen To You. 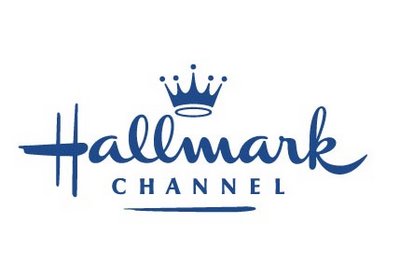 As is their wont, Christians felt slighted and marginalized.

REALLY HALLMARK!!!! BLEEPING OUT THE WORD GOD!!!! HAVE WE FORGOTTEN THAT YOU USED TO BE A CHRISTIAN NETWORK!!! WTH!!! HOW ABOUT NOT OFFENDING CHRISTIANS!!!!

Did the cable channel, the home of endless “family-friendly and inspirational” fare, including two months of Christmas programming starting in early November, really deny the Almighty?

A spokesperson for Hallmark says no. It was precisely because they respect Christianity so much that the program managers silenced the soundtrack at every throwaway mention of God:

“In the recent airing of It Could Happen To You, the word God was omitted as staying on the side of caution to not offend, as our Standard & Practices department categorized it as God was being used in vain.”

The hair-trigger sensitivity of much of Hallmark’s Christian viewership is all the more puzzling because the company and its greeting-card-producing parent have a history of trying never to cause even the slightest possible offense. Last October, Hallmark Cards released a Christmas ornament with the text “Don we now our fun apparel.” The original phrase in the popular “Deck the Halls” carol is “Don we now our gay apparel.”

When pressed for an explanation, the company said that it didn’t want to “leave our intent open to misinterpretation.”

(Thanks to Skeptophilia for the link)

April 16, 2014
In Case You Needed Another Reason to Dislike Hobby Lobby, Its President Is Launching a Public School Bible Course
Next Post

April 16, 2014 Why Coming Out as an Atheist May Be the Most Powerful Way to Combat Religion
Browse Our Archives
What Are Your Thoughts?leave a comment