Jenny McCarthy, Who Still Promotes Misinformation About Vaccines, Now Says “I Am Not ‘Anti-Vaccine'”

After years of pushing dangerous ideas, such as the never-proven claim that there’s a link between vaccines and autism, model Jenny McCarthy is trying to reinvent herself as someone who’s totally pro-science.

Good luck with that. 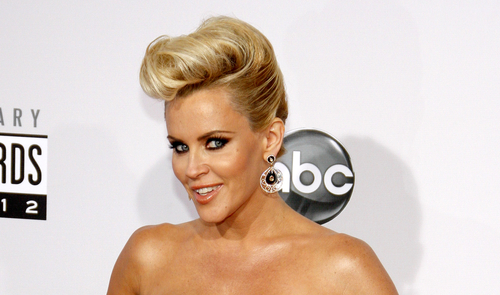 In an op-ed published by the Chicago Sun-Times (where she also writes a column about dating and parenting), McCarthy explains that she’s been misunderstood this whole time:

I am not “anti-vaccine.” This is not a change in my stance nor is it a new position that I have recently adopted. For years, I have repeatedly stated that I am, in fact, “pro-vaccine” and for years I have been wrongly branded as “anti-vaccine.”

Whoa! That’s incredible! We’ve had it wrong this whole time!

… or maybe not. Because everything she writes after that opening paragraph establishes that her critics have been right all along.

Like when she claims that there’s something wrong with children getting multiple shots in a single doctor visit:

For my child, I asked for a schedule that would allow one shot per visit instead of the multiple shots they were and still are giving infants.

The Centers for Disease Control and Prevention put that myth to rest a while ago:

The available scientific data show that simultaneous vaccination with multiple vaccines has no adverse effect on the normal childhood immune system. A number of studies have been conducted to examine the effects of giving various combinations of vaccines simultaneously. These studies have shown that the recommended vaccines are as effective in combination as they are individually, and that such combinations carry no greater risk for adverse side effects.

I’ve never told anyone to not vaccinate.

Maybe not directly, no. But by spreading false information and implanting doubts about vaccines into the minds of gullible parents for years, she bears some responsibility for the spread of many preventable diseases.

She also thinks there’s something wrong with “toxins”:

We are demanding safe vaccines. We want to reduce the schedule and reduce the toxins

Phil Plait beautifully explains the problem with that logic (not to mention the hypocrisy):

… The amount of, say, formaldehyde in a typical vaccination is much less than you’d get eating an apple. The same can be shown for the other ingredients claimed to be toxins in vaccines as well. The truth is vaccines contain far too small a dose of any of these things to cause any of the problems McCarthy and other anti-vaxxers claim exist.

Also, botulinum is the single most lethal toxin known to humans. Yet McCarthy has enthusiastically praised injecting this toxin into her face. How can anyone possibly say that and also say vaccines have dangerous levels of toxins in them with a straight face?

But here’s the kicker. In her op-ed, McCarthy doubles-down on a 2009 statement she made to Time magazine’s science editor Jeffrey Kluger:

“People have the misconception that we want to eliminate vaccines,” I told Time Magazine science editor Jeffrey Kluger in 2009. “Please understand that we are not an anti-vaccine group. We are demanding safe vaccines. We want to reduce the schedule and reduce the toxins.”

Kluger, in his own impassioned open letter to McCarthy shows that she left out the last line of that statement:

People have the misconception that we want to eliminate vaccines. Please understand that we are not an antivaccine group. We are demanding safe vaccines. We want to reduce the schedule and reduce the toxins. If you ask a parent of an autistic child if they want the measles or the autism, we will stand in line for the [fucking] measles.

Of course, it’s not an either/or choice.

Can’t imagine how McCarthy could have left that line out…

Ultimately, McCarthy’s views have not changed and her critics are not wrong. We call McCarthy an anti-vaxxer not because she opposes all vaccines at all times, but because she has been the biggest promoter of discredited theories about them. Whether it’s her goal or not, her actions have encouraged parents to put their children — and other people’s children — in harm’s way because they’re not giving their kids the protection they need.

McCarthy thinks she’s in a superior “gray zone” between the “black and white” thinking of giving children all the vaccines when the doctors say so and being labeled a wingnut:

God help us all if gray is no longer an option.

Guess what? It’s not an option. Much like evolution and Creationism, it makes no sense to be on the fence. Either you accept the science or you reject it.

McCarthy rejects the science — and thinks she deserves credit for just asking questions. Even though those questions were answered a long time ago and she just wasn’t happy with the responses. If Jenny McCarthy is not “anti-vaccine,” then Ken Ham must be the greatest advocate of evolution we’ve ever seen.

In the meantime, the Jenny McCarthy Body Count will continue to rise until she comes to her senses and rejects the harmful beliefs that she still holds.

April 13, 2014
Equifax Not Sure God is Real, Screws Him Out of Car Loan
Next Post

April 13, 2014 If a Christian Group Can Distribute Bibles in Kentucky High Schools, Atheists Want the Same Opportunity
Browse Our Archives
What Are Your Thoughts?leave a comment