New Survey Says Only Half of Millennials Look to Religion for Guidance While More Than a Third Don’t Talk to God April 12, 2014 Hemant Mehta

According to a new survey from the Integrated Innovation Institute at Carnegie Mellon University, nearly half of Millennials say they don’t look to religion for guidance and more than a third say that they don’t talk to God: 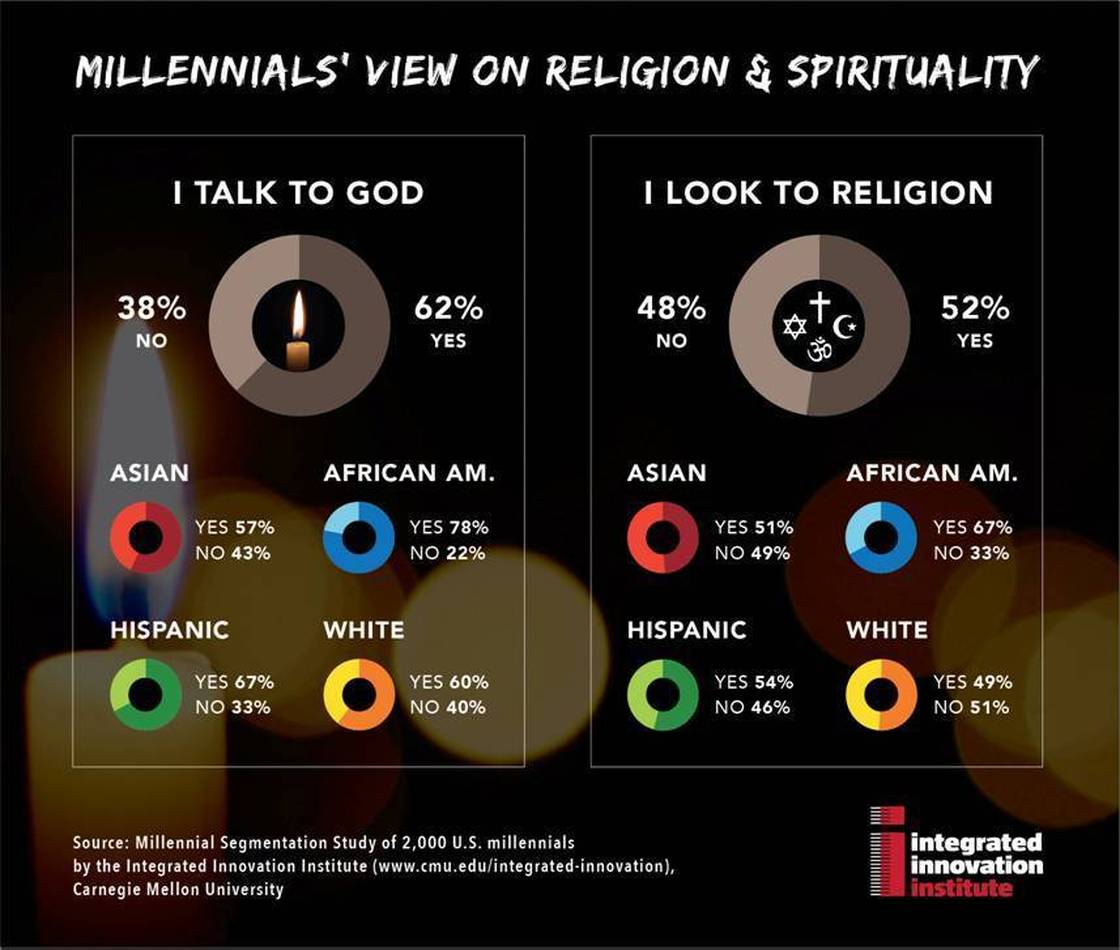 Unbelievably numbers — and more evidence that younger people are losing their faith:

“Millennials are widely believed to have less faith in God and are less active in religion than their parents and grandparents,” says Peter Boatwright, co-director of the Integrated Innovation Institute.

“While our survey doesn’t explore this comparison, we think it’s telling that, overall, the majority of this generation does express a fairly strong sense of faith,” he says.

It’s a slim majority, though, and it’s getting smaller every year. The fact that many Millennials say they talk to God but don’t look to religion for guidance suggests that, at the very least, organized religion is losing ground.

The numbers seem very much in line with a recent report by the Pew Research Center that said only 36% of Millennials felt like the description “religious person” described them well: 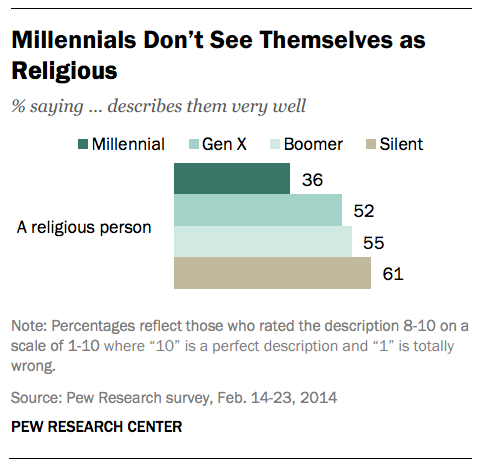 April 12, 2014
Did You Miss the First Episode of 'Your Inner Fish'? You Can Now Watch It Online
Next Post