In 2012, a married couple from Massachusetts, Alain Beret and James Fairbanks, came across a for-sale 44-room mansion in Northbridge that they decided they wanted to buy and turn into a hotel. The seller was the Roman Catholic Diocese of Worcester. 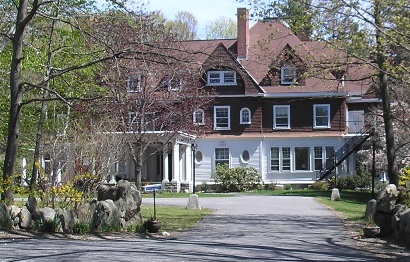 The negotiations seemed to go well until the padres began to imagine what Fairbanks and Beret might do with the place. Would they perhaps (shudder) have gay weddings there? The very thought was too much, so the diocese instructed its real-estate broker to politely tell Fairbanks and Beret to buzz off.

The reason behind the refusal might have never come to light if not for a dumb mistake by the broker. When she emailed the prospective buyers, she inadvertently sent along the message from Monsignor Thomas Sullivan to her. It read:

I just [w]ent down the hall and discussed it with the bishop. Because of the potentiality of gay marriages there, something you shared with us yesterday, we aren’t interested in going forward with these buyers. I think they’re shaky anyway. So just tell them that we will not accept their revised plan and the Diocese is making new plans for the property. You find the language.

Under the federal Fair Housing Act, what the diocese did is most likely illegal, and so the parties ended up in court. There, the church found a formidable foe in Massachusetts Attorney General Martha Coakley, who filed a court brief in support of the spurned buyers.

Monsignor Sullivan is on record as saying that

“We wouldn’t sell our churches and our properties to any of a number of things that would reflect badly on the church. These buildings are sacred to the memory of Catholics.”

Until, of course, you look into the reasons why the mansion, now called Oakhurst, was on the market to begin with:

Under its former name, the House of Affirmation, it has another, darker story, associated with pedophile priests.

“There’s a lot of shame attached to that building as a result of the church,” said David Lewcon, the son of a man who was employed in the house. Lewcon was victimized by one of those pedophiles. He reached a six-figure settlement with the church.

The House of Affirmation closed as a result of financial scandal amid reports of a sex ring involving the priest who was running it.

Not such a very “sacred” place after all, then, is it?

Over at the Humanist, Luis Granados has more.