Best Protest Ever: Students Walk Out During Anti-Gay Lecture, Leaving Room All but Empty

On Wednesday, anti-gay-rights activist and hate-group leader Peter LaBarbera spoke at Sinclair Community College in Ohio about “What ‘Gay’ Activists Don’t Want You to Know” (Yep — he put the word “gay” in quotation marks).

But the students were ready for him. They didn’t scream or yell or protest in the traditional ways.

Instead, they filled the room to listen to his lecture… and then walked out right after he started speaking, turning a packed house into a roomful of crickets.

Kate Geiselman was there and took these priceless before and after shots: 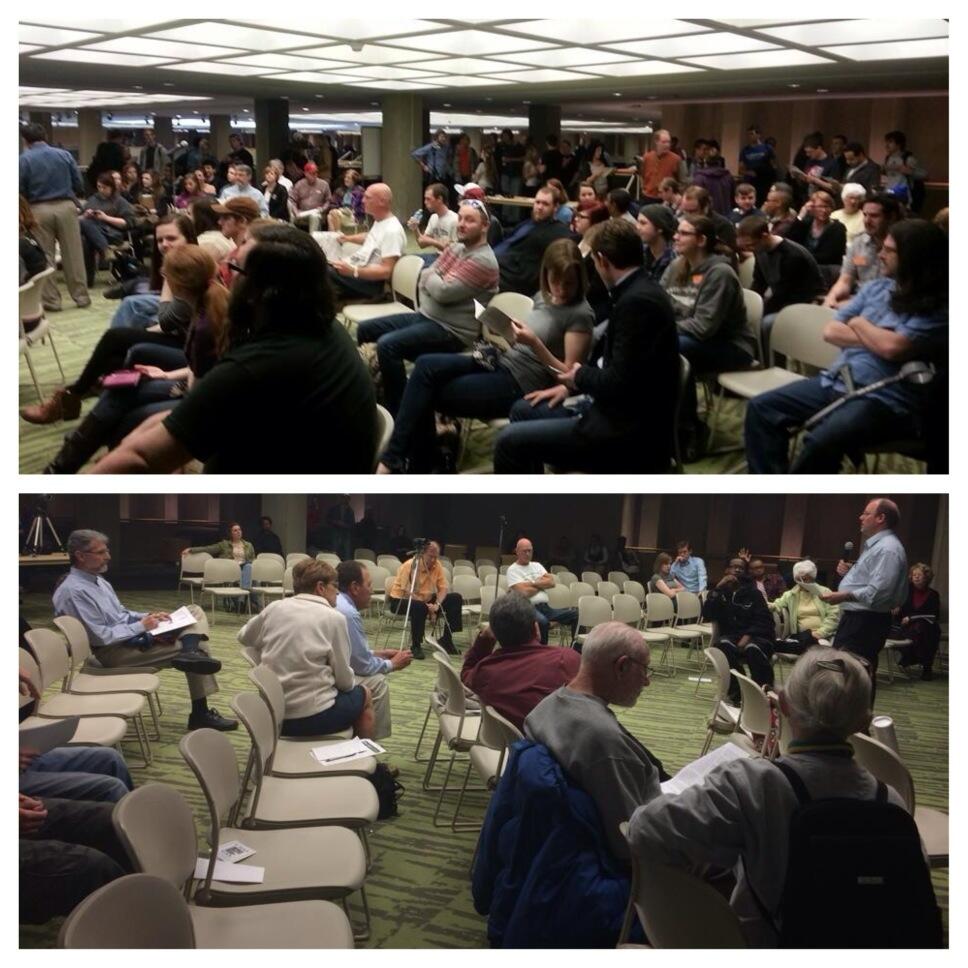 LaBarbera took to Twitter to proclaim his dissatisfaction. He seems to think students really wanted to listen to him but a couple of professors wouldn’t let them: 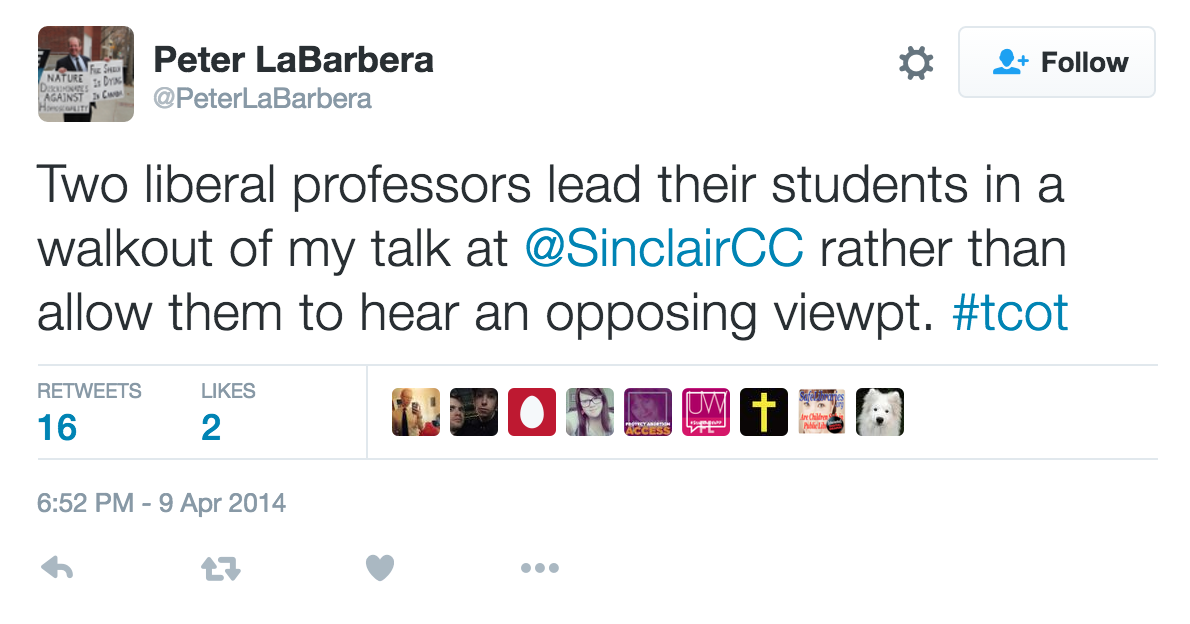 That’s a lie, of course. But what else do you expect from a guy whose organization Americans for Truth About Homosexuality spreads lies about homosexuality?

By the way, both AFTAH and its allies promote a student walkout during the Day of Silence.

So LaBarbera was done in by a method of protest that he himself advocates. Brilliant!

(via Good As You)

April 11, 2014
This Is How Bizarre and Ineffective Sex Education Is In Mississippi Schools
Next Post