‘Militant Atheist’ Who Beat Up a Pastor Sentenced to Eight Years in Prison April 10, 2014 Hemant Mehta

You may recall an incident from last year where self-described “militant atheist” James Maxie attended a church service with his girlfriend and ended up severely beating the pastor, Rev. Norman Hayes, after Hayes asked his girlfriend if she felt safe with him: 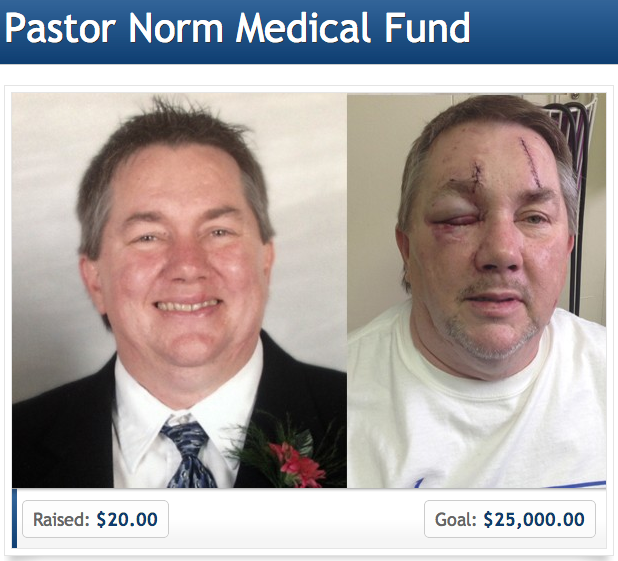 A lot of you chipped in for Hayes’ recovery fund, which I thought was a very classy move by many atheists appalled by what Maxie did to Hayes.

In case you’re curious, there’s an update to the story: Maxie has been sentenced to eight years in jail:

In the plea deal taken by Maxie in Clark County Common Pleas Court last month, a misdemeanor charge of resisting arrest was dropped in exchange for a guilty plea on the second-degree felony assault charge. He received the maximum sentence of eight years in prison.

Can’t say I’m losing any sleep over this. He’ll pay the price for his actions — which seems appropriate for him, given that there won’t be a punishment awaiting him in the afterlife.

April 10, 2014
Thanks to a Technicality, Pastafarianism is Now an Official Religion in Poland!
Next Post