Star Trek‘s Kate Mulgrew: ‘I Am Not a Geocentrist’ April 8, 2014 Hemant Mehta

Star Trek‘s Kate Mulgrew: ‘I Am Not a Geocentrist’

Earlier today, Terry posted about a forthcoming movie called The Principle by director Katheryne Thomas. The movie suggests that our sun revolves around the Earth — not the other way around.

Narrating the film is former Star Trek actress Kate Mulgrew, which seemed like quite the change of pace for her, going from a pro-science series to an anti-science movie. 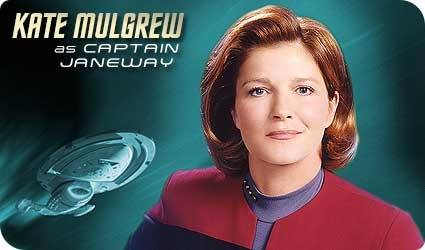 Physicist Lawrence Krauss, whose video clips appear in the film, has already voiced his opposition to being used without his approval.

Now, Mulgrew is speaking out, too. On Facebook, she just posted about how was not exactly a willing participant in this project:

“I understand there has been some controversy about my participation in a documentary called THE PRINCIPLE. Let me assure everyone that I completely agree with the eminent physicist Lawrence Krauss, who was himself misrepresented in the film, and who has written a succinct rebuttal in SLATE. I am not a geocentrist, nor am I in any way a proponent of geocentrism. More importantly, I do not subscribe to anything Robert Sungenis has written regarding science and history and, had I known of his involvement, would most certainly have avoided this documentary. I was a voice for hire, and a misinformed one, at that. I apologize for any confusion that my voice on this trailer may have caused. Kate Mulgrew”

Sungeris, as Terry noted, maintains the blog Galileo Was Wrong. He also has a history of anti-Semitism.

It may sound strange that someone could do a voiceover for a movie without understanding the ideas it was promoting… but depending on the script, the producers may very well have pulled an Expelled-like trick on her, getting her to narrate one thing, but putting it in the context of another.

In any case, good on her for speaking out against this project. With Mulgrew and Krauss both voicing their opposition to the film, the producers have a lot of explaining to do about why they’re not only misleading potential viewers but also the very people used in the project (with or without their consent).

(Thanks to @ckblackm for the link)

April 8, 2014
A Glimpse of the Future of Christianity Portends, Perhaps, a Quieter and Humbler Faith
Next Post