Do Churches in New Zealand Really Deserve Tax Breaks? A Filmmaker Would Like to Tackle That Question April 8, 2014 Hemant Mehta

Do Churches in New Zealand Really Deserve Tax Breaks? A Filmmaker Would Like to Tackle That Question

New Zealander Toby Ricketts wants to know why churches in his country get a major tax break — when they don’t necessarily deserve it — and he’s trying to fund a film that will answer that question and more. It’s called Pennies From Heaven: 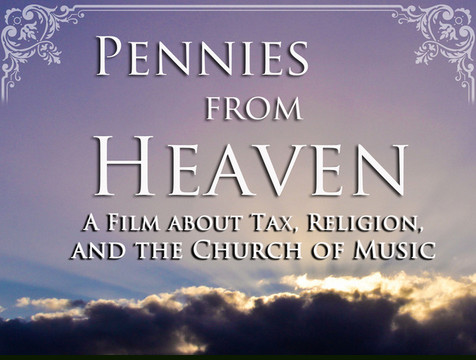 Consider chipping in if you’d like to make this film a reality. Ricketts says that if he doesn’t reach the funding goal, he’ll still try to sell it as a television documentary.

In the meantime, you can read more about the financial privilege afforded to religion in New Zealand here.

(Thanks to @SecularNZ for the link)

April 7, 2014
This Week, a Catholic School Will Host a Conversation About the Harm Religion Can Inflict Upon Children
Next Post