A Glimpse of the Future of Christianity Portends, Perhaps, a Quieter and Humbler Faith April 8, 2014 Terry Firma

A Glimpse of the Future of Christianity Portends, Perhaps, a Quieter and Humbler Faith

I would like to think that this personal essay in the New York Times exemplifies the future for religion in America. Faith in the U.S. will become more like faith in Western Europe: Subdued, modestly and self-consciously practiced, and just a little outside the mainstream.

As I drove home from church, I eyed the bright foam sign my 6-year-old daughter held. “Jesus is Alive” it read in kid scrawl. “We’re supposed to put them in our yards!” Noelle beamed, eyeing her creation proudly through pink-rimmed glasses.

I imagined our wide, open yard in Pennsylvania, the green grass stretching without fences from one neighbor to the next. Our best friends in the neighborhood, secular humanists, would easily see it. I cringed. What would they think? 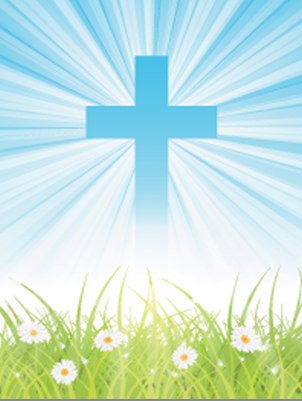 In our community, intellect is the only viable form of religion, and the fact that I’m a Christian calls into question my intellectual grit. When my colleagues find out, they are hard-pressed to reconcile the bright, open woman they see before them with the stereotypes they understand about evangelicals. You know the ones: judgmental, anti-intellectual, homophobic, which we are not.

We are the types of young adult Christians who love our faith, but who’ve moved slightly left of center. Just enough so that we have to keep our social and political views quiet in our faith communities. On the other hand, we have to tamp down the religious talk in our work and social communities.

In the end, the author of the piece, Christin Taylor, uneasily lets her daughter put the foam Jesus sign on the lawn, concluding,

Living in our neighborhood and working at our liberal, intellectual jobs has cultivated in me another kind of faith: faith in the graciousness and kindness of my friends and co-workers. They know who we are, what we believe, and they accept us just as we are. Perhaps, Noelle has understood this all along.

Along with that gratitude, there’s a bit of embarrassment woven through Taylor’s account, and I think it becomes her. She knows that her beliefs are not highly respected among her intellectual peers, and it’s clear that that bothers her, but not to the point of defiance or aggression. She realizes that the best way to move through life is by not pushing her beliefs on anyone who has no interest in them. Cool.

Of course, she still ends up with a temporary “Jesus is Alive” lawn sign — a public display of religion, with, inevitably, a certain “you’re either with us or against us” social frisson. But when the sign ultimately goes in the trash and Noelle moves on to her next art project, the exterior of the Taylor home will no longer feature overt religious displays … and it sounds like the parents prefer it that way.

Taylor’s reticence about the Jesus sign (and about her daughter asking to say a prayer at dinner when there are guests) speaks to her humility about her faith. It’s the kind of thing we’ll be seeing a lot more of over the next decades, as religion in America slowly recedes and loses its position of easy, unquestioned dominance.

April 8, 2014Star Trek's Kate Mulgrew: 'I Am Not a Geocentrist'
Browse Our Archives
What Are Your Thoughts?leave a comment