This Week, a Catholic School Will Host a Conversation About the Harm Religion Can Inflict Upon Children April 7, 2014 Hemant Mehta

This Week, a Catholic School Will Host a Conversation About the Harm Religion Can Inflict Upon Children

On Tuesday night, a Catholic university in Texas is hosting a potentially controversial and tremendously important event: a symposium about the physical and mental harm religion can inflict upon children. 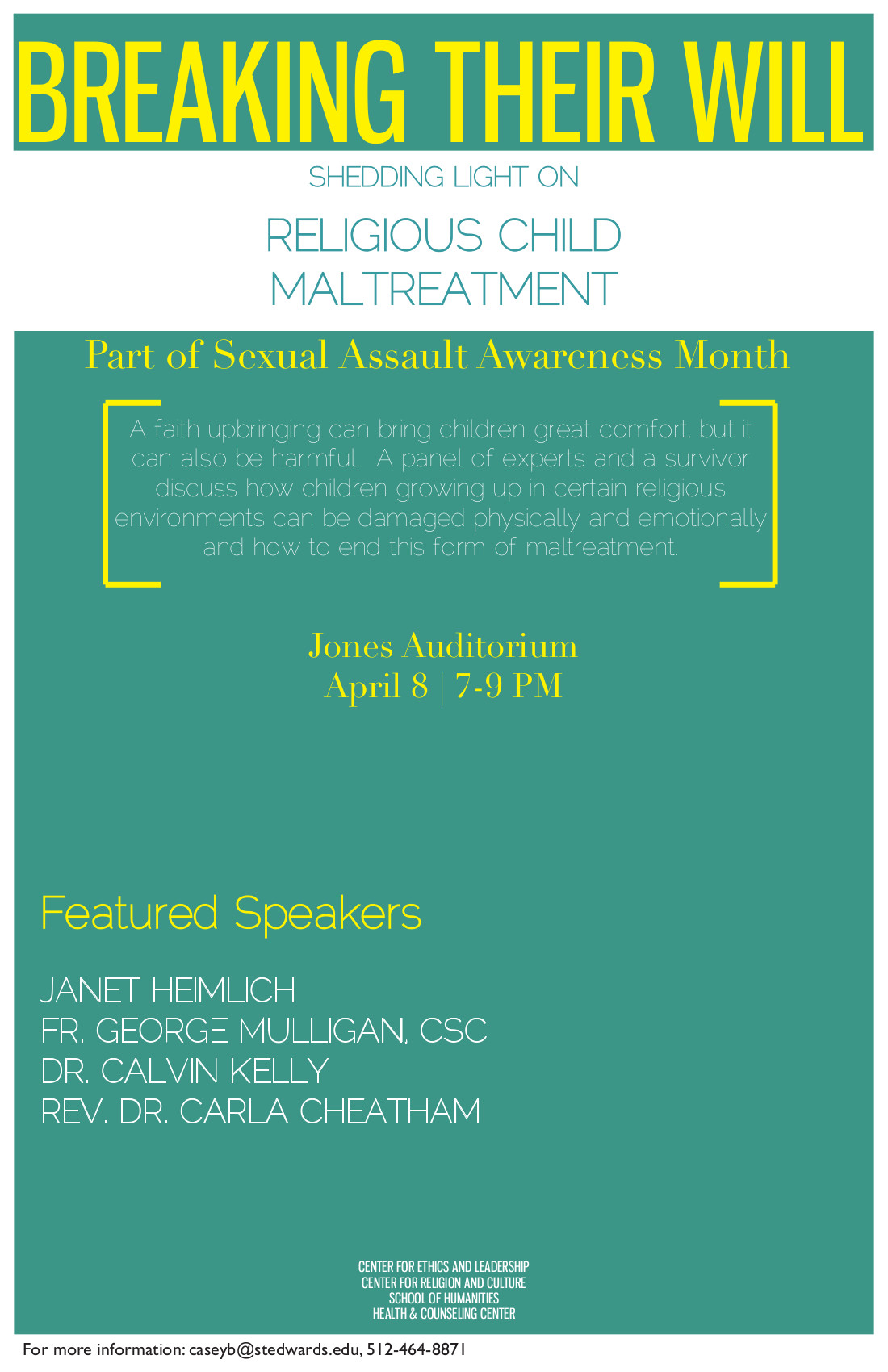 A spiritual upbringing is not always a nurturing experience for a child. In fact, many children are abused and neglected by those who believe their actions are mandated by their faith. Examples include failing to report sexual abuse to protect the image of a faith leader or community, physical abuse due to beliefs about “biblical chastisement,” denial of medial care due to beliefs about faith healing, and spurning and terrorizing using religious messages.

The panelists include a survivor of religion-based abuse, a priest/social worker, and a therapist. It’ll be moderated by Janet Heimlich, who literally wrote the book on the subject Breaking Their Will: Shedding Light on Religious Child Maltreatment. (Disclosure: I’m an advisor to Heimlich’s organization, the Child-Friendly Faith Project.)

It’s great to see a religious school — in this case, St. Edward’s University in Austin, Texas — willing to host an honest conversation about the abuses of faith. Of course, many atheists would argue religion does far more harm to children than the obvious physical/mental abuses we’re talking about here, but part of the solution must involve religious organizations willing to admit the faults of faith.

The symposium takes place on Tuesday night, April 8, at 7:00p. You can find more information here.