Christian Couple in Pakistan is Sentenced to Death For Blasphemy Against Islam April 7, 2014 Terry Firma

A Christian couple, Shafqat Emmanuel and Shagufta Kausar, have been ordered to pay with their lives after they allegedly sent the imam of a local mosque a text message that a court deemed an insult to the Prophet Muhammad.

The exact content of the message is unclear. Pakistani media are mum about it, as quoting the offending text would be blasphemous all over again — an inevitable Kafkaesque twist in cases like these, which means that no one but the Islamic judges can gauge how serious the so-called offense was. Whatever the words used, Kausar and Emmanuel say they are are innocent, claiming that the text was sent from a cellphone that the couple had lost some weeks earlier. 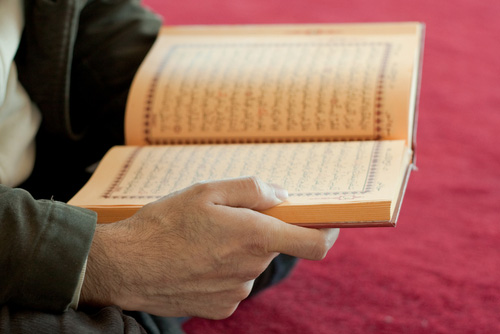 They are residents of the town of Gojra in Punjab, which was in the news before due to religious violence.

In 2009, the rumoured desecration of a copy of the Koran led to a mob burning nearly 40 houses and a church in Gojra. At least eight members of Christian community died in the violence.

Since the 1990s, scores of Christians have been convicted for desecrating the Koran or blaspheming against the Prophet Mohammed.

While most of them have been sentenced to death by the lower courts, many sentences have been overturned due to lack of evidence.

Critics argue that Pakistan’s blasphemy laws are frequently misused to settle personal scores and that members of minority groups are also unfairly targeted.

That would be borne out by examples we’ve featured here on Friendly Atheist, including the case of Rimsha Masih. Masih, a young woman with a mental handicap who was framed by a particularly malevolent mullah, was eventually acquitted of blasphemy by a Pakistani court, but endured harassment and threats before finally finding asylum in Canada last summer.

This is also a good time to remember the ludicrous, inhuman ordeals faced by blasphemy suspects like Masood Ahmed and Muhammad Asghar.

BBC News points out that Pakistan has a de facto moratorium on the death penalty, so Emmanuel and Kausar may yet survive the Pakistani “justice” system. Here’s hoping that, like Masih, they will also find safety from the religious vigilantes who will likely beset them if and when they are released from jail.

April 7, 2014
NPR: The IRS Lets Churches and Religi-Businesses Get Away With Stunning Bookkeeping Shenanigans
Next Post