Todd Starnes Has Another Story of Christian Persecution; Doesn’t Say That Victim’s Father is Promoting His Book April 2, 2014 Hemant Mehta

Todd Starnes Has Another Story of Christian Persecution; Doesn’t Say That Victim’s Father is Promoting His Book

Todd Starnes of Fox News Radio has this nasty habit of creating material for Snopes to debunk. He takes misunderstandings, slaps a “Christian persecution” tag on them, and fails to apologize when his story turns out to be wrong. 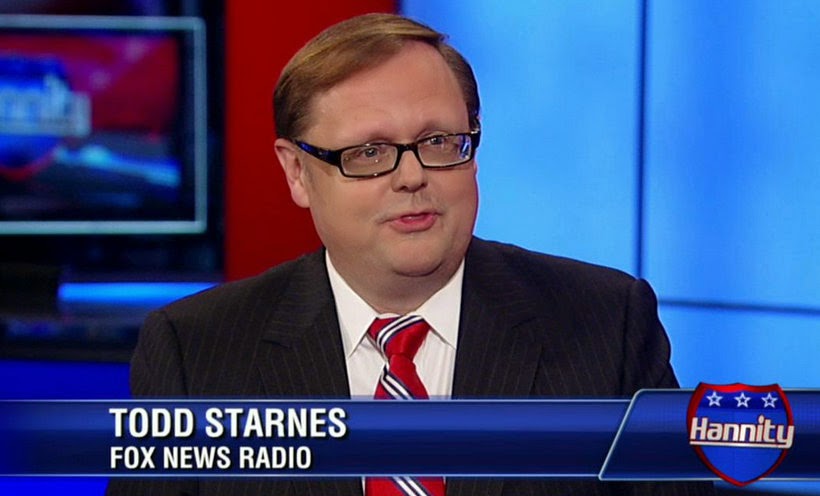 For his latest trick, he tackles a story about a young Florida student who just wanted to pray before eating lunch… but a teacher stopped her:

Marcos Perez, of Oviedo, Fla., said the incident occurred earlier this month in the lunch room at Carillon Elementary School.

He said his daughter was sitting at a table about to eat when she bowed her head and began to pray.

“A teacher saw her and told her, ‘you’re not allowed to do that,’” he said.

Anyway, the principal spoke to all the teachers who were in the cafeteria at the time and no one says they did it. That doesn’t necessarily mean it didn’t happen, but the school took all the steps they should’ve taken:

Seminole County Public Schools officials say Principal Analynn Jones spoke to staff who could have been in the cafeteria at the time and could not find anyone who recalled it.

[District spokesperson Michael] Lawrence said that because none of the adults recalled the incident occurring, the district must consider the possibility that “a child that age may have misinterpreted something.”

The principal responded the next morning. She made it clear to staff that students do have the right to pray in school, said district spokesman Michael Lawrence.

You can’t really ask much more than that. But Starnes’ subjects are still peeved:

The Perez family said they are now going to home school their daughter.

“This definitely pushed us over,” he said. “We’ve long had concerns about Common Core and issues and agendas we see in the culture war.”

It’s disappointing, he said, because they bought a house in that area of Florida because of the academic reputation of Seminole County.

“We are very upset about this,” he said.

Normally, the story would end there… but this particular incident has a unique twist. Turns out Marcos Perez isn’t just some random father:

[The girl’s] father is vice president of sales at Charisma House, a Lake Mary-based Christian book publisher. The company is currently promoting the book “God Less America: Real Stories From the Front Lines of the Attack on Traditional Values,” by Fox News host Todd Starnes.

So… Perez’s job is to make sure Starnes can sell his book about the “attack on traditional values.” And it just so happens that his daughter faced such an “attack” for which there’s no evidence.

Fox News has finally put an editor’s note briefly explaining the Perez/Starnes connection on their website, but it wasn’t there until well after the article went up. Starnes left that tidbit out of his own reporting. Shocking. (Liberty Institute (the Perez’s lawyers) and Christian news outlet Charisma both fail to mention the Starnes connection.)

April 2, 2014
Another Dramatization of a Message Written on a Christian Forum
Next Post