Last week, I told you about how third grader Olivia McConnell wrote to her state representatives earlier this year with a request: South Carolina didn’t have an official state fossil, so could the Wooly Mammoth claim that title? 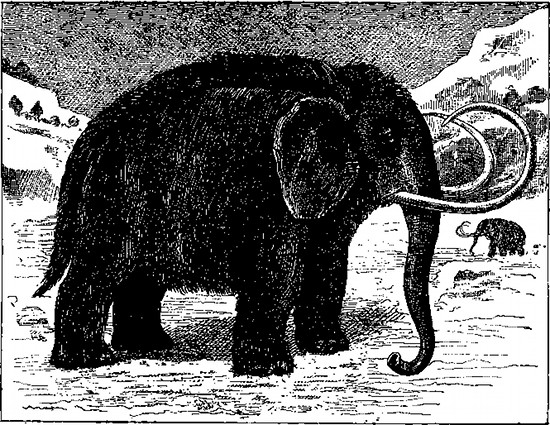 1. One of the first discoveries of a vertebrae fossil in North America was on an S.C. plantation when slaves dug up wooly mammoth teeth from a swamp in 1725.

2. All but seven states have an official state fossil.

“Please work on this for me,” McConnell wrote to [Rep. Robert] Ridgeway, signing her letter, “Your friend, Olivia.”

Ridgeway and Sen. Kevin Johnson saw no reason to object so they introduced legislation in their respective houses to make it happen.

The bill (as it was passed in the House last month) would amend the 1976 code on state emblems to include the Columbian Mammoth as the state fossil:

Whereas, giant mammoths used to roam South Carolina; and

Whereas, scientists have identified the fossils of about six hundred and fifty species of vertebrates in South Carolina to date; and

Whereas, it has been recognized that fossilized mammoth teeth were discovered in a swamp in South Carolina in 1725; and

Whereas, this discovery has been credited as the first scientific identification of a North American vertebrate fossil. Now, therefore,

“Section 1-1-712A. The Columbian Mammoth is designated as the official State Fossil of South Carolina.”

SECTION 2. This act takes effect upon approval by the Governor.

A cute story all around, right? The House bill passed easily on a 94-3 vote and moved on to the Senate… where it encountered an obstacle:

Sen. Kevin Bryant of Anderson had proposed amending the bill to include a passage from the book of Genesis in the Bible explaining the creation of life.

Because, as we all know, fossils mixed with Jesus make Ken Ham cry…

(Bryant is a born-again Christian who has no problem proclaiming his Jesus-lovin’ views on his personal website. Surprise!)

… Lt. Gov. Glenn McConnell ruled the amendment was out of order because it introduced a new subject… [then Sen. Mike] Fair placed an objection to the bill, halting its progress.

Fair said he objected to the bill because he is hoping to talk to some senators who have an objection on one of his bills.

“I was going to see how serious they are about getting that bill passed,” he said.

In short, an eight-year-old’s suggested bill to make the Wooly Mammoth South Carolina’s official state fossil was interrupted by one Christian’s attempt to inject the Bible into it… and was then held up by another Christian senator.

Sen. Mike Fair claimed the dismissal of the biblical amendment had nothing to do with it, but that was hard to believe. Just last month, Fair, whose district includes Bob Jones University, blocked the state from adopting new education standards regarding evolution because he wanted to “teach the controversy” instead. And it wasn’t the first time he had tried to inject Intelligent Design into the public schools.

So, as of last week, the Wooly Mammoth wasn’t the official state fossil because two Bible-thumpers were standing in the way.

But there’s finally good news. Fair has backed down and withdrawn his objection:

“I’ll vote for the bill standalone, and I appreciate the young girl,” Fair told The Greenville News. “And maybe through the whole matter paleontology will get a little bit more emphasis, and maybe people will do some more reading.”

He said he removed his objection after another senator told him the story of how an 8-year-old Lake City girl had written to lawmakers suggesting the mammoth as the state fossil because fossilized mammoth teeth had been discovered in a swamp in the state in 1725.

Okay, so it’s not exactly enthusiastic support, but at least biblical literalism didn’t win the day.

(Top image via Shutterstock. Most of this post was taken from what I wrote last week.)