Last night, during Louis CK‘s Saturday Night Live opening monologue, he did an extended riff on religion that was just fantastic: 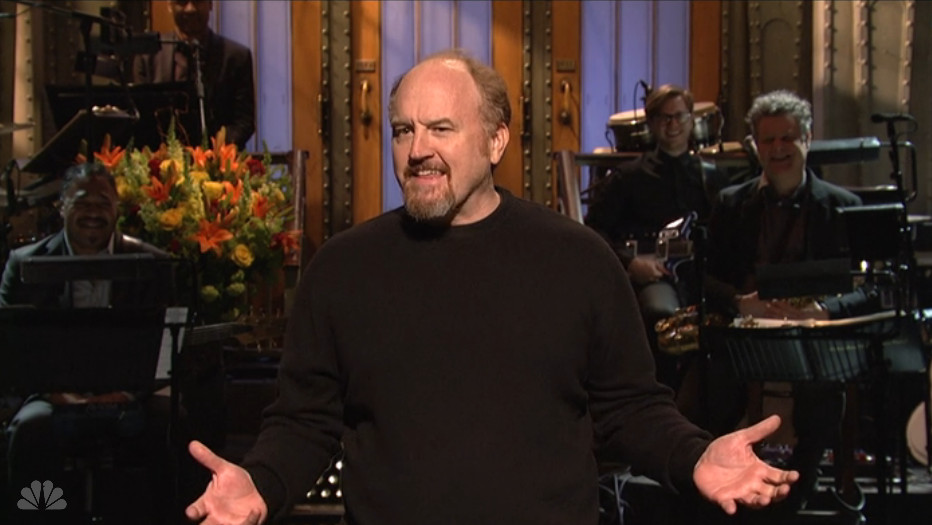 The religion stuff begins around the 4:08 mark:

[To audience member] You think you’re going to Heaven? [“Yes”] How old are you? [“21”] 21… and you’re a lock for Heaven already… Been a grown-up for three years; you couldn’t possibly make a mistake. Well, good luck.

I don’t think… Personally, I don’t think there’s a Heaven. I think maybe there’s a God, but there’s no Heaven. I think that’s the best news you’re gonna get. You die, and you’re like, “Hey God!” And he’s like, “Yep?” And you’re like, “Where’s Heaven?” And he’s like, “I don’t know who’s telling people that! I’m supposed to make a universe and then another whole amazing place for afterwards?! You guys are greedy dicks down there!” “Well, where do I go?” “Just stand in this room with me now.” “I don’t like it.” “Tell me about it! I’ve been here since 1983.” Or whenever. I don’t know when God started…

I think if there is a God, I don’t know if it’s the one in the Bible, ’cause that’s a weird story, is He’s our father and we’re His children. That’s it. “Our father, who art in Heaven.” Where’s our mother? What happened to our mom? What did He do to our mom? Something happened. Somewhere in Heaven, there’s a porch with a dead lady under it, and I want the story. Somebody’s gotta check the trunk of God’s car for bleach and rope and fibers.

Well, how can we not have a mother?! At least, maybe, God’s divorced. Maybe he has an ex-wife. God’s a single dad and He’s raising us alone and we’re praying… and He’s like, “I’m trying! It’s just me up here!” Maybe that’s what’s going on. Maybe your life is your time… this is our weekend with Dad, that’s what life is… and then when you die, you go to mom’s house…

Well, okay, we could tear apart the indirect (and illogical) slam on atheism, but he was speaking as a comedian, not a philosopher, so let it go. (Edit: Some commenters say he was only talking about “gnostic atheism,” which may be true, but to the other 99% of the viewing audience, he was clearly referring to mainstream atheism.)

It’s not very often that someone can question the existence of Heaven, suggest that the biblical notion of God is “weird,” and accuse God of being an abusive husband. You can bet Christian groups will be calling for Louis CK’s head before the end of the weekend (and I’m sure ridiculous #CancelSNL hashtags will follow).

It was a refreshing, edgy, and genuinely funny monologue. Enjoy it. You won’t see something like that again for a while.