These Musicians Got Around Their Town’s Anti-Street-Performance Law by Forming the ‘Church of the Holy Kazoo’ March 29, 2014 Hemant Mehta

Last fall, the Camden Council (London) considered a law, in response to a handful of complaints, that would make it all but impossible for street musicians to play their instruments:

Under the proposals, anyone who wants to play a wind instrument — apart from the flute and the recorder — would need a special licence, as would all percussion instruments. Any form of amplification would be banned.

That proposed law led to a lot of understandably upset musicians, but it was passed last week.

Now, a few of the musicians think they’ve found a way around the law: They just created their own church: 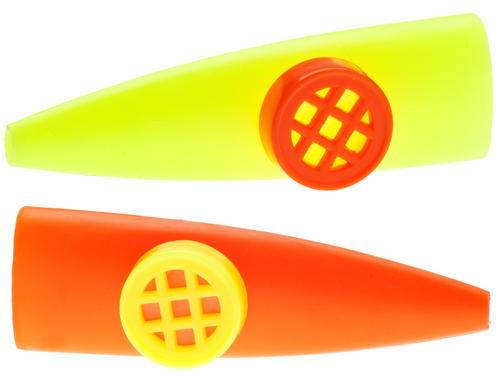 A group of buskers [street performers] has decided to get around a ban on performing in the street by forming the Church of the Holy Kazoo… and exercising the human right to preach in public.

Church founder Ben Van der Velde said: ‘Our religion doesn’t have too many rules, but the main ones are that every song ever written is a hymn and busking is a form of worship.

‘That means that. if the council or anyone else try to stop us from performing on the street, then they are impinging our religious freedoms.’

The inspiration for the new church arrived, 30-year-old Mr Van der Velde insists, when he was spoken to by the Great Golden Kazoo in the sky.

Religion for the win! (For once!)

The first gathering was held a few days ago. So far, Camden Council shows no sign of budging. But give it time… Even Scientologists won’t get on your nerves this much.

March 29, 2014
The War on Christmas is On! These Christians Are Angry That a School District Renamed Christmas Break 'Winter Recess'
Next Post