Earlier this year, a group of Creationists at Phoenix Interactive Studios went to Kickstarter to raise funds for a video game called “Bible Chronicles: The Call of Abraham.” It was to be an action role-playing game where you were a part of Abraham’s posse, traveling along as he goes on his quest. 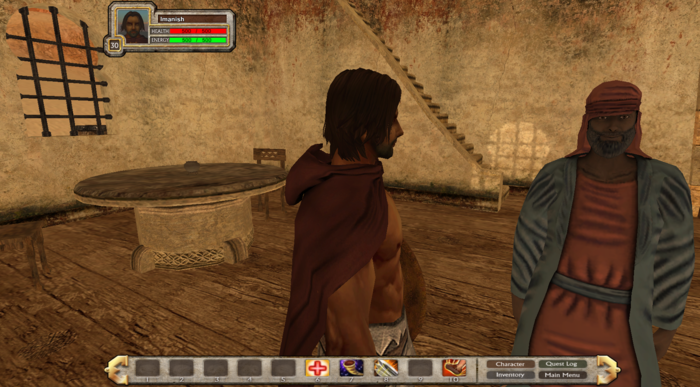 We’ve spent years researching and planning all of the details — such as which historical Pharaoh we should build our character on (in the end, we decided Senusret I made the most sense) — and we have many of our cast of characters fully developed and almost entirely animated.

Our primary focus moving forward is the cinematic work, the completion of the many ancient cities in the game, wrapping up the numerous sub-plots which populate the game world, and then bringing it all together.

And they know exactly why that happened and they told Colin Campbell at Polygon:

“I need to be clear on this point: Are you telling me that Satan is literally working to confound your plans to release this game? You’re saying that the actual Devil is scheming against you?”

“I believe that, 100 percent,” replies Richard Gaeta, a co-founder of Phoenix Interactive. He argues that since the launch of the Kickstarter for Bible Chronicles: The Call of Abraham, trouble has come into all their lives.

“It’s very tangible,” adds his business partner Martin Bertram. “From projects falling through and people that were lined up to help us make this a success falling through. Lots of factors raining down on us like fire and brimstone.”

Nobody is winking or joking or pulling my leg. There is no irony here. They are absolutely serious.

The story of how their game failed and why they tried to create it in the first place is a fascinating read. And another piece of evidence for why Christianized versions of anything good often turn out to be awful. Check it out!