GOP Gubernatorial Candidate in California Has an Extensive Rap Sheet, But It’s OK ‘Cause He Found God March 25, 2014 Terry Firma

GOP Gubernatorial Candidate in California Has an Extensive Rap Sheet, But It’s OK ‘Cause He Found God

If you’re in California and you’d like your next governor to be a sex offender and a convicted felon with a history of violence, look no further than Glenn Champ, one of the current crop of six gubernatorial GOP candidates.

Champ, a little-known political neophyte from the Fresno County community of Tollhouse, did not directly mention his criminal past during his speech but said, “In my life, I’ve been held accountable because of my stupidity. I do not want anyone else to be enslaved because of their lack of knowledge.” 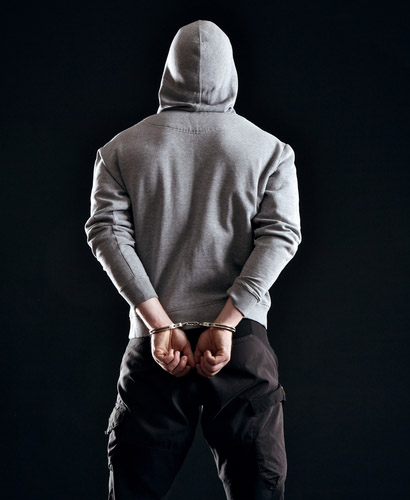 Court records show that in 1992, he pleaded guilty to carrying a concealed firearm. In 1993, he was convicted of two counts of assault with intent to commit rape and as a result was placed on the state’s sex-offender registry. In March 1998, he accepted a plea deal on a charge of loitering to solicit a prostitute; later that year, he pleaded no contest to a voluntary manslaughter charge after hitting a man with his vehicle, for which he was sentenced to 12 years in state prison, according to court records.

But never mind all that. Now he’s ready for the highest public office in his state. Champ, you see, is basking in the healing forgiveness he is due as a Christian.

“I found the Lord when I got arrested for picking up the [underage] prostitutes,” Champ said. “I was like most people, ignorant in the darkness, in the very dark. I had no peace, had no love, had no joy. And now I do. Praise God for that… I’ve grown considerably since I met Christ.”

The candidate has a leg-up on his rivals, he thinks.

Champ said his life experience could help him deal with politicians in Sacramento. He calls them criminals, saying, for example, that they routinely infringe upon constitutionally protected gun rights. “I know what the criminal mind thinks, and I know how it works and I know how to stop it, and that’s something [other politicians] don’t get,” Champ said.

“We’re not in the business of vetting candidates, and we don’t pick winners and losers,” Brulte said. “Republican voters should get to decide who runs against Jerry Brown.”

March 25, 2014
Why is This Vaccine-Denying Actress a Featured Speaker at the National Science Teachers Association's Conference?
Next Post

March 25, 2014 Politico: A Major Push to Expand Voucher Programs Will Mean More Creationism in the Classroom
Browse Our Archives
What Are Your Thoughts?leave a comment