What’s At Stake in the Hobby Lobby Supreme Court Case?

Tomorrow, the Supreme Court will hear oral arguments in Sebelius v. Hobby Lobby Stores, Inc. The issue is whether or not a public company owned by religious individuals can deny employees contraception or birth control — items the law says have to be included in basic health coverage.

Obviously, those of us who support church/state separation think that personal decisions about birth control (and the like) should be left up to the people using it, not their Christian bosses. (Of course, it’s ridiculous that health insurance is tied to employment in the first place, but that’s a separate issue.)

You can see a lengthy summary of the case at SCOTUSblog — while the Center For Inquiry has a much more user-friendly FAQ of what you need to know.

Especially telling is this prediction of what could happen if the Court rules in Hobby Lobby’s favor:

If Hobby Lobby and Conestoga Wood win, the likelihood is that it will be open season for religious exemptions to everyday laws, within and outside of healthcare. If the Supreme Court decides that corporations can have religious rights, then we will see case after case of multinational corporations seeking exemptions based on religious grounds. If Hobby Lobby can refuse to provide contraception, it is hard to see how a Jehovah’s Witness employer could be refused an exemption to providing insurance for blood transfusions. Scientologist employers would surely seek exemptions to providing mental health care insurance. Christian Scientist employers would argue that they should not have to provide any health insurance whatsoever. The effects would go beyond health care, and would affect the current battles regarding LGBT rights, as with the anti-gay bill that almost became law in Arizona. If an employer can be exempted from health care legislation because of religious beliefs, why could he not be exempted from anti-discrimination legislation requiring him to serve LGBT people equally?

No one is taking away the religious freedom of business owners — what we’re objecting to is the imposition of owners’ personal beliefs on their employees. There’s no “substantial burden” placed on business owners when it comes to covering their employees’ health care. As the New York Times editorial board wrote yesterday,

To that end, the Secular Coalition for America is hosting a rally at the Supreme Court beginning at 8:30a tomorrow: 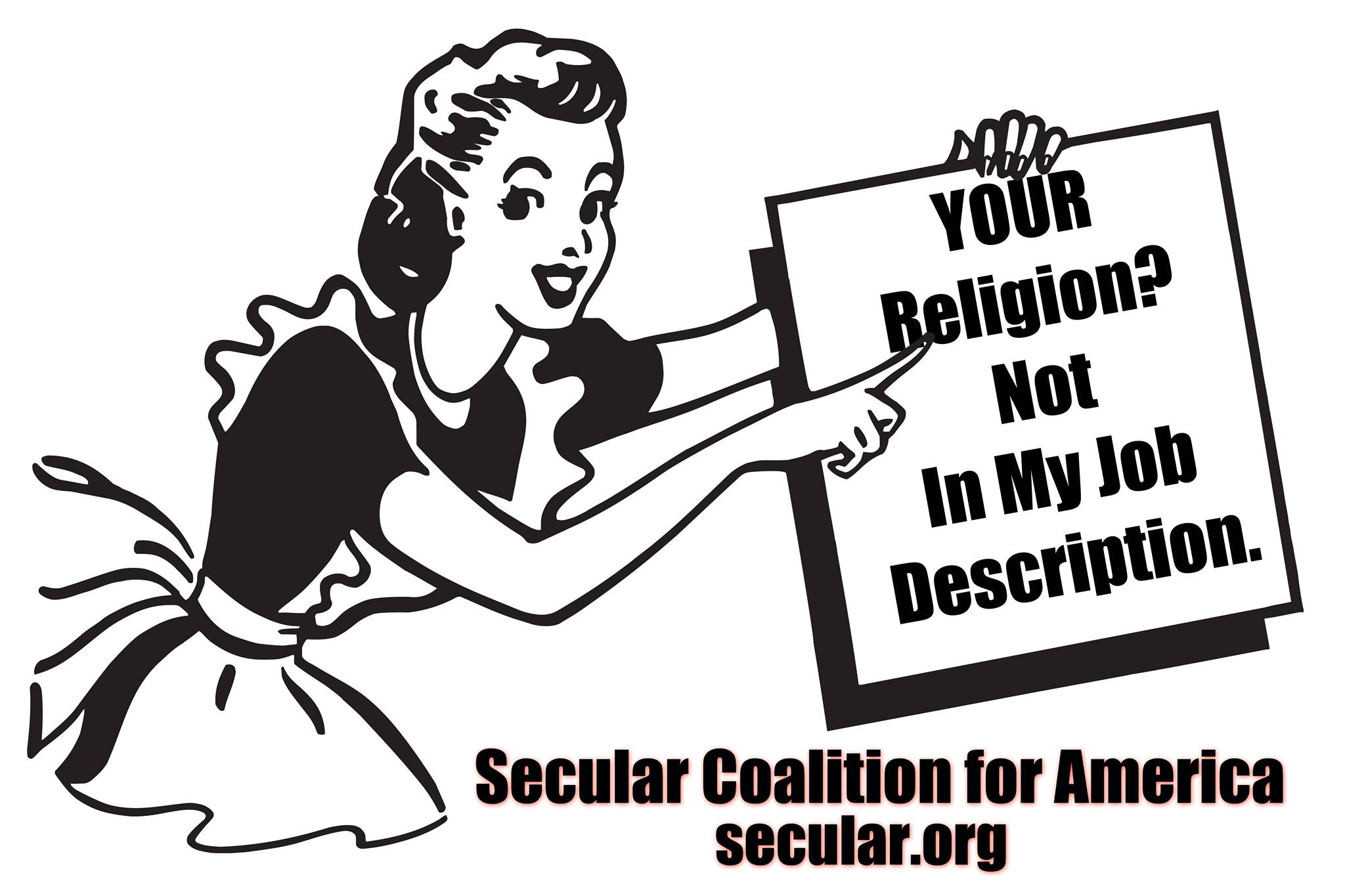 Your boss’s religion shouldn’t dictate your health care coverage! Join the SCA and thousands of others to rally on March 25 at the U.S. Supreme Court and make your voice heard.

The cases will be decided this coming June.