These Strangers Were Trying to Lure Children Into Their Cars… for Jesus March 24, 2014 Hemant Mehta

The Gospel of God Baptist Church in Asheville, North Carolina must be desperate for members. And I’m assuming they’ve just given up persuading local adults to give them a chance because now they’re just going after the children. In the creepiest way possible: 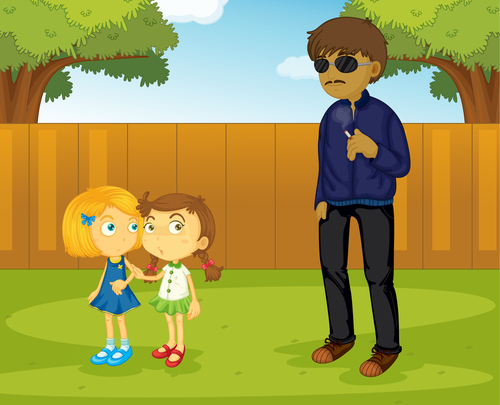 Thursday morning, deputies said it was reported two men approached several girls as they were walking along Riceville Road and the men insisted the girls get in their car, but they ignored them and rushed to their destination.

So, to lure children to join their church, these members thought it would be perfectly fine to bypass the kids’ parents and entice them to get into a stranger’s car. Because Jesus.

The church freely admits it did this — but hardly seems all that apologetic:

[Rev. Keith] Shelton said he doesn’t believe the church did anything wrong, but added, “We are looking through our policies and procedures of how we do things with children to make sure that this doesn’t happen again.”

[Sheriff Van] Duncan said the incident offers a good opportunity for parents to talk to their children about not getting into cars with strangers.

“And it’s also good for us to reinforce with very well-meaning folks like the church that in today’s day and time we have to be real aware of how we approach kids that aren’t in the presence of their parents,” he said.

There’s no talk of any punishment for the church or its members.

Here’s a hypothetical for you: If the men luring little kids into their car belonged to any other organization, would they be off the hook right now?

This whole situation is just a reminder of how badly God can cloud some people’s judgment.

(Image via Shutterstock. Thanks to Joel for the link)

March 24, 2014
What Can We Learn from the Branch Davidians?
Next Post