Jewish Bigamist Is Picketed At His Own Wedding For Not Giving His First Wife the Traditional Divorce Document March 24, 2014 Terry Firma

When an Orthodox-Jewish marriage ends, under Judaic law, only the husband has the power to pronounce a divorce. That is, he is the one who has to provide his estranged wife with a get, a document that proves that she is newly unattached and allowed to move on with her life. Frequently, if the relationship is toxic enough, the husband flat-out refuses, often out of spite, and/or so that he can use the get as a bargaining chip in disputes over alimony or child custody. It happens often enough that it’s almost unremarkable, but a California man called Israel Meir Kin has just taken this kind of male privilege to new heights. 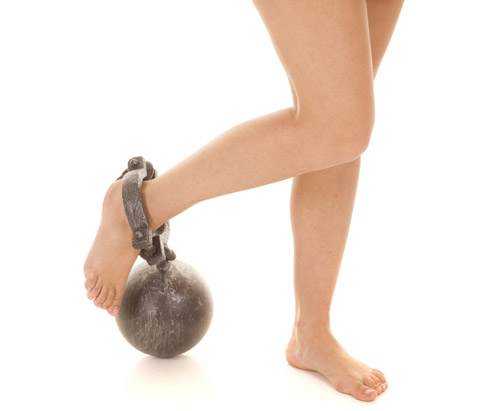 After legally divorcing his wife, Lonna Kin, more than seven years ago, Mr. Kin has not given his wife a get.

Ms. Kin, who runs a real estate company, and her supporters say that Mr. Kin, a physician assistant, is demanding $500,000 and full custody of their 12-year-old son in exchange for the divorce.

But the ridiculousness is just beginning. You see, Mr. Kin traveled to Las Vegas and remarried last Thursday, in another Orthodox ceremony, making him a bigamist to Orthodox Jews — except for one loophole: Judaic law says that it was OK for him to wed a second wife if a hundred rabbis give the new union their blessing. Kin claims that he has enough rabbinical support to have married the new Mrs. Kin according to the rules of his faith.

Some Jews believe that Kin is making a mockery of the rules. There were even protesters at the wedding, who shouted “shame on you” and “bigamist” at him as he exited the wedding venue with this latest beloved, Daniela Kin-Barbosa.

Traditionally, Jewish communities relied on the threat of ostracism to persuade a recalcitrant husband to give his wife a divorce, but many say the threat became far less potent as these communities opened and spread out. In recent years, Orthodox activists with the Organization for the Resolution of Agunot, which organized the protest at Mr. Kin’s wedding, have tried to publicly shame men into giving the get.

While Meir Kim is enjoying his honeymoon period, the woman he would’t give a get to says she is “chained to a dead marriage.”

Although rabbinical leaders outlawed men taking multiple wives in the Middle Ages, the practice is biblically allowed. “We’ve outlawed this for thousands of years,” [Rabbi Yehoshua] Fromowitz said. “It is totally unacceptable.

But Mr. Fromowitz conceded that Mr. Kin had historical precedent to rely on. After all, he said, the biblical patriarch Jacob had four wives.

Gets have been the subject of much controversy and even violent crime in the last few years.

In 2013, a Brooklyn rabbi named Mendel Epstein was arrested for having organized, for a fee of around $60,000 per case, the kidnapping and torture of men who wouldn’t otherwise agree to their wives’ requests for a get. Epstein’s goons beat their victims and shocked them with cattle prods.

Two years earlier, New Jersey rabbi David Wax and his wife Judy were nabbed for allegedly kidnapping and assaulting an Israeli national from whom they were trying to extract a get. The prosecution said that the Waxes administered hours of beatings, breaking the man’s nose; and that they showed their victim a body bag promising that they would bury him alive if he did not do as instructed.

March 24, 2014
These Strangers Were Trying to Lure Children Into Their Cars... for Jesus
Next Post