I don’t know what’s worse: The fact that Christian comedian Mike Warnke is badly telling old jokes that he never wrote in the first place… or that he’s telling a fictional story about what Satanists supposedly did to a little girl: 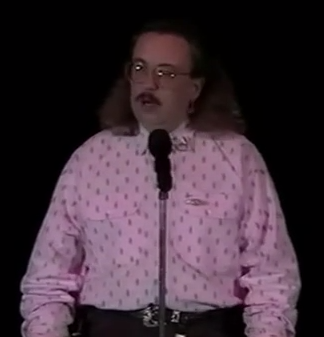 Warnke was eventually found to be a total fraud — just read the Wikipedia article if nothing else.

March 23, 2014
KKK Leader: 'We Don’t Hate People Because of Their Race...We’re a Christian Organization'
Next Post