Billy Graham’s Daughter Says Missing Malaysian Plane Could Offer a Glimpse of What the Rapture Will Look Like March 21, 2014 Terry Firma

The missing Malaysian airliner is child’s play compared to the sadness and confusion that will befall the world’s population when Jesus returns for the Rapture, says Anne Graham Lotz, Billy Graham’s daughter, on her blog. 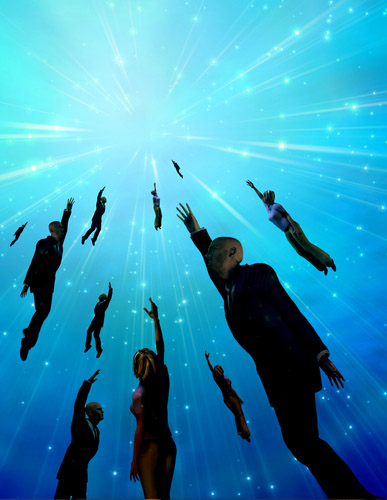 Under the heading “Where Have All the People Gone?”, she writes:

Is this worldwide sense of shock and helplessness, of questions and confusion, of fear and grief, a glimpse of things to come?  Is this a small snapshot of what the entire world will experience the day after the rapture of the church? Because the Bible is clear. There is coming a moment in time when Jesus will come back to gather to Himself all those — dead and alive — who have put their trust in Him.  And on that day, the world will be asking, Where have all the people gone? Not just 239 of us, but millions of us.

Maybe, then, the disappearance of flight 370 was just a divine dress rehearsal. Maybe the plane went up into the highest heaven (with God as its copilot?), instead of down to the ocean floor. With the Almighty, you can’t rule those things out, you know.

Over at RaptureReady, founder Todd Strandberg has been preoccupied by the same things that give Lotz pause.

The huge amount of media attention being given to Flight 370 brings to mind how massive an event the Rapture will be when it takes place. … Air traffic controllers have a high stress job on a perfectly normal day. I can’t imagine how they would react to a situation where dozens of aircraft under their guidance, suddenly declared an emergency. It would be pure chaos to have any of the pilots vanish from the cockpit.