The 2014 Outstanding Lifetime Achievement Award in Cultural Humanism Goes to…

The “Outstanding Lifetime Achievement Award in Cultural Humanism” is given out by the Humanist Community at Harvard, the American Humanist Association, and the Harvard Community of Humanists, Atheists, and Agnostics.

This year, the award will be given to former Congressman Barney Frank: 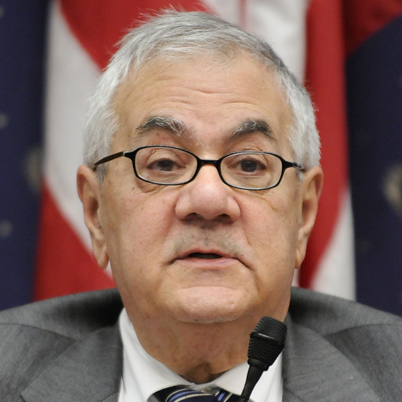 Mr. Frank was selected for the award by a committee of undergraduates for his career in politics and superlative contribution to Humanism in the public sphere. He represented Massachusetts’ 4th district from 1981 to 2013, for a total of sixteen terms, and in 1987 he became the first openly gay member of Congress. We are excited to honor his life’s work in the promotion of values shared by our community.

While I understand why Frank would be given the honor, I would raise two points. The first, I raised when the American Humanist Association named him their “Humanist of the Year“:

… Barney Frank came out as an atheist only after he left office, and he did it in a passive manner on the segment of [Bill] Maher’s show that most of his viewers never even saw. For 32 years, Frank’s official religious affiliation was “Jewish,” but he kinda-sorta-wishy-washily came out as an atheist only after it was too late to have made a serious impact on society.

The second point is that Harvard’s award has now been given to eight men and one woman. Are there really no other high-profile, deserving secular women whom they could have given this award to?

The celebration and acceptance speech take place Friday, April 4 in the Harvard Science Center. Information about tickets will appear at the HCH website soon.

March 18, 2014
Republican House Candidate Who Said Autism Was the Result of God’s Anger Over Gay Marriage Just Won Her Primary
Next Post