Creationist Claims That Scientists ‘Don’t Know Much About Evolution’ and Simply Accept it on Faith March 19, 2014 Hemant Mehta

Creationist Jay Seegert of the Creation Education Center appeared on Creation Today to talk about Creationism. (Got all that?)

His revelation may take some of you by surprise: Apparently, scientists don’t really understand evolution. They just assume other scientists do understand it and therefore take evolution on faith. 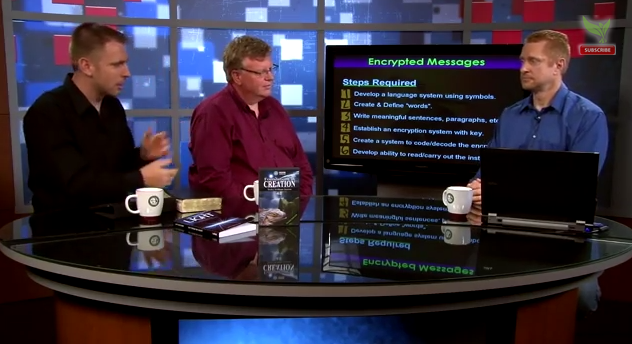 Well, it’s interesting, because most biologists aren’t even aware of these things. Most scientists certainly aren’t; they’re not even studying evolution. They’re making rocket fuel, fast computers. They’re curing diseases. They’re doing great things, but they don’t know much about evolution. They just assume that there are Ph.D. scientists out there who have studied it and proven it, and it’s good enough for them. So they have faith in those other scientists. And even many of the scientists who are studying evolution haven’t gotten to this level. They’re not that aware of these details.

By the way, “these details” that Ph.Ds are supposedly unaware of include things like DNA encryption and splicing… things biology students learn during their undergrad years. Information that’s hardly at a “level” too far out of reach for anyone in the field.

But back to Seegert’s main argument. Yes, there are many, many scientists researching aspects of evolution. Cell biologists and anthropologists and paleontologists (to name a few) are all scientists who understand and study evolution regularly. Those fields rely on our understanding of the theory of evolution to do their work. I would bet good money that a random graduate student working in a laboratory knows far more about evolution than Seeger does.

Most topics people study in biochemistry and biology take evolution as a factual foundation, even if it is not their focus. The entire concept of model organisms, using things like worms, flies, yeast, or mice to learn about our own species is absurd in a reality where they were independently created. But accept that humans shared a common ancestor with a fruit fly some 900 million years ago and you find that you can use it to study human genes involved in Parkinson’s disease.

I doubt it is possible to get through any grad program without seeing at least one talk or lecture with Dobzhansky’s essay title presented as a quotation (“Nothing in Biology Makes Sense Except in the Light of Evolution“). It is absolutely the case.

If you have a response for Eric Hovind and Paul Taylor and the other Creationists out there, feel free to leave it in the comments!